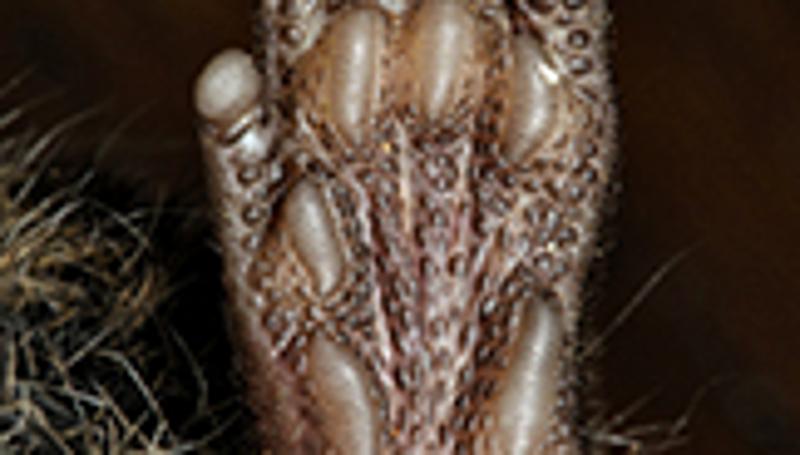 The Black-tailed Antechinus was found in the high-altitude regions of the World Heritage Area.

It's the third new species in the genus Antechinus Dr Andrew Baker's research team has discovered in the past two years, all from south-east Queensland.

Dr Baker said he suspected the rare, Black-tailed Antechinus was a separate species when he and his team came across it last May because it had distinctive yellow-orange markings around its eyes and on its rump, and a black tail and feet.

"Comparing it to the Dusky Antechinus, which inhabits south-east Australia, we thought it was probably new," said Dr Baker, from QUT's Science and Engineering Faculty.

"We laid about 300 traps baited with peanut butter and oats.

"When we caught the first black-tailed antechinus in a trap, we knew we were onto something pretty special."

Dr Baker is now applying for an endangered species listing.

"Antechinus males and females are highly promiscuous; males mate for long periods of time with many females to promote their own genes," Dr Baker said.

"A single female's brood of young will typically be sired by several fathers.

"But during mating stress hormone levels rise dramatically, eventually causing the males' bodies to shut down. The males all die before their young are born."

The results of the team's studies have been published in the journal Zootaxa.

The Black-tailed Antechinus is a coup for Dr Baker and his research partners from the Queensland Museum and Queensland Parks and Wildlife Service.

New mammal discoveries are rare, with only a handful typically discovered in the world each year.

Dr Baker said the Black-tailed Antechinus likely won't be the last unique creature to be unearthed in Springbrook National Park.

"The Gondwanaland rainforest relic at Springbrook is special and unique," he told the Gold Coast Bulletin.

"It would not surprise me if there are other animals that are new in that area. Such things are about place not species."