Love thy neighbour electronically. Well, some of them 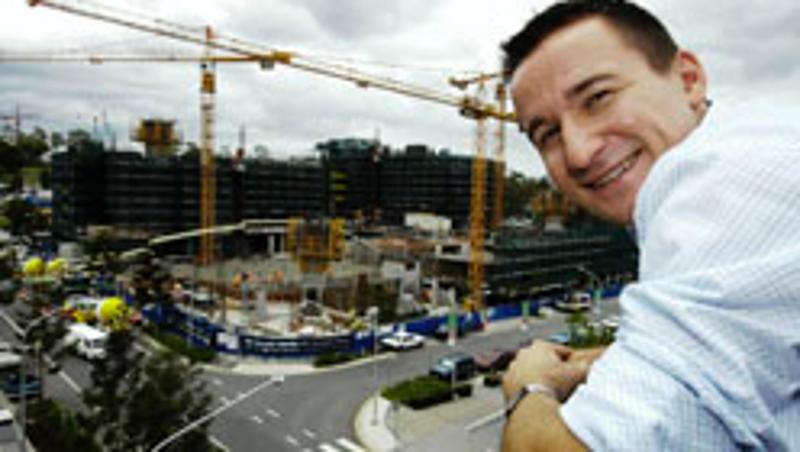 Marcus was intrigued by the fact that although city residents live more closely together and can communicate more readily than ever before thanks to fingertip technology, they are more socially isolated than they have ever been.

His research has attracted a prestigious Australian Postdoctoral Fellowship from the Australian Research Council for a three-year study to map the use of new media and ICT that support social capital in the Kelvin Grove Urban Village.

Marcus, a research associate with QUT's Institute of Creative Industries and Innovation (iCi), looked for ways social alienation and isolation could be reduced by transforming apartment blocks into neighbourhood communities.

He studied New Farm, Bowen Hills and South Brisbane apartment residents' use of mobile phones, email and the internet to build and maintain social networks.

Fifty per cent of residents surveyed said they wanted to get to know their neighbours in order to increase security and to create a more human and friendly environment, Marcus said.

"But even though their neighbours were literally on their doorstep, most residents are only given the opportunity to make friends through serendipitous encounters, and many of these encounters are awkward and often avoided," he said.

Initial forays into the use of on-line discussion boards open to all residents in the building failed to create much interest or initiate either on-line or real life communities.

"Apart from occasions where a topic of interest directly related to the shared place that residents co-inhabited, not much interaction occurred on-line," Marcus said.

"It was a case of building it and they won't necessarily come. We found that simple connectivity doesn't ensure communities will develop.

"This isn't surprising because we don't normally like everybody or get along with everybody, instead we select our friends carefully."

"The idea is to initially create a directory of people in the building who wish to participate. They put a simple profile up on what they do, what their interests are etc and other people can contact them if they want to.

"You can use it ad hoc to find like-minded people with similar interests and for everything from borrowing a cup of sugar to finding a lawyer. It's electronic word of mouth and functions just as healthy communities do," Marcus said.

"The difference with this approach is that it is creating a network of self selecting people, not a blanket collective. It increases awareness of individual and community skills and assets on your back door and offers opportunity for the social and cultural 'animation' of a community."

Marcus's fellowship is part of a larger ARC Discovery Grant awarded to a cross-disciplinary research team comprising Professor Greg Hearn, iCi director; Professor Steffen Lehmann, architect in the School of Design; and Dr Barbara Adkins of the School of Humanities and Human Services.

Marcus's PhD findings are the basis for this team to study electronically supported community development in the Kelvin Grove Urban Village, a joint initiative of the Queensland Department of Housing and QUT.

The village is a mixed use development incorporating apartments, educational and recreational facilities and commercial outlets.