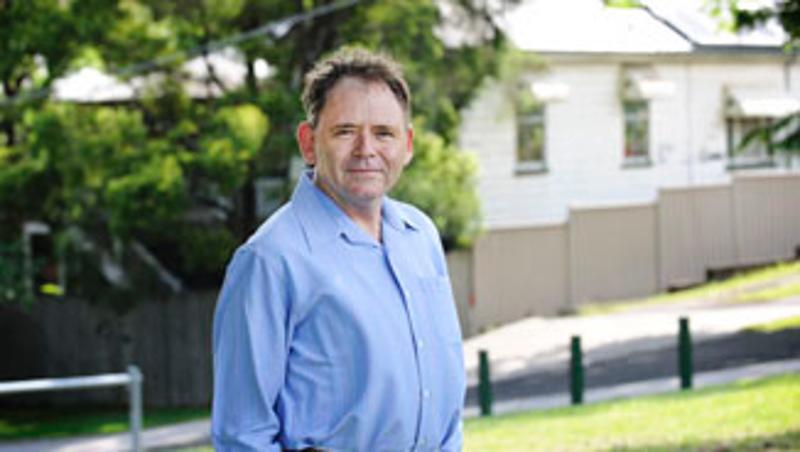 The stigma of buying in a flood-prone suburb after the 2011 Brisbane floods was short-lived for middle and high-value homes with property prices rebounding within 12-months, a QUT study has found.

Property economics expert Professor Chris Eves, from QUT's Science and Engineering Faculty, studied the short-term impact of the 2011 flood on the Brisbane residential housing market and found flood fear had a minimal on-going effect on property prices, with low-value suburbs being the exception.

"What we found was that because people in the higher-value suburbs (St Lucia, Bulimba) had the means to repair immediately, the market didn't see flooding as much of a detriment compared to low-value suburbs (Goodna, Oxley), because the visual impact of damaged homes was removed," Professor Eves said.

"So the stigma of the flood wore off very quickly."

Professor Eves' study looked at residential sales and rental listings as well as property prices immediately following the 2011 Brisbane floods and his findings have been published in Natural Hazards.

"The only sector that did not show a decrease in median house prices three months after the flood, was the flood-affected medium-value suburbs (Fairfield, Graceville), which actually saw an increase of about $23,000 in the median house price," he said.

"This can in part be explained by the fact that most of the medium-value properties experienced overland flood, with only limited in-house flooding which was more of a nuisance than costly, and the physical evidence was more quickly able to be removed."

Professor Eves said the biggest drop in property prices after the 2011 floods was in the lower-value suburbs where buyers, mostly investors, saw an opportunity to grab a bargain.

"The median house price in the low-value flood-affected suburbs dropped 22.7 per cent in the three months immediately following the flood with a greater number of flood damaged homes sold," he said.

"This is most likely because in the low-value suburbs, owners may not have had the means to repair their properties so selling at a reduced price was the only option.

"And for buyers, who were mostly investors, the lower price even with adding on the repair bills made good economic sense given the potential future rental returns."

Professor Eves said in some of the low-value suburbs, to this day there were still many properties unrepaired.

"This unrepaired damage continues to have a visible impact on these low-value suburbs such as Goodna and an effect on property prices," he said.

Professor Eves said while there was an immediate spike in rental prices after the floods due to an increase in demand from flood-affected residents wanting to remain close to their properties, within six months the rents and demand had returned to normal trends.

"Within the first week after the floods there was a significant drop in availability for rental accommodation, with a reduction of about 50 house rentals alone in both non-flood and flood-affected lower value suburbs," he said.

Professor Eves said previous long-term studies had found disasters such as major floods had resulted in up to a 35 per cent difference in value between flood and non-flood affected properties.

Professor Eves said the study showed the floods had an immediate impact on the number of properties being offered for sale after the flood but after two to three months the number of listings for sale in the flood-affected suburbs increased in a similar trend to non-flooded suburbs, although volumes were lower.

The paper titled Assessing the immediate and short-term impact of flooding on residential property participant behaviour is available at http://link.springer.com/article/10.1007%2Fs11069-013-0961-y

Professor Eves is with QUT's School of Civil Engineering and The Built Environment.