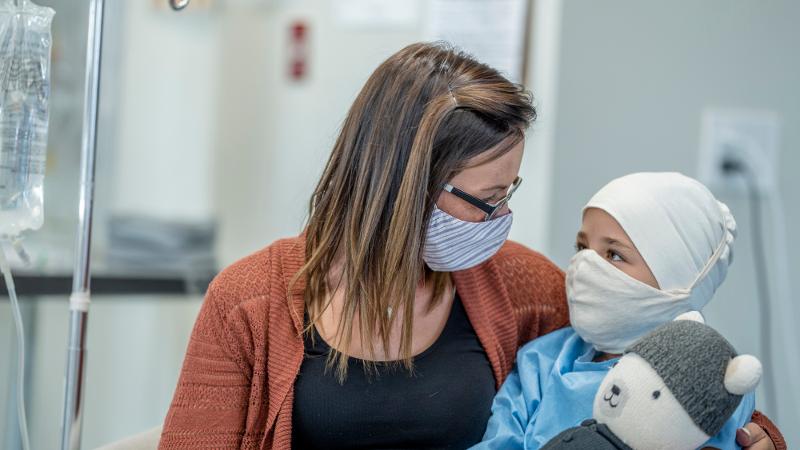 QUT has received more than $3.9 million in Medical Research Future Fund (MRFF) grants for projects that aim to transform prostate cancer care, assess the use of medicinal cannabis in managing pain, side effects and other symptoms in children with advanced cancer, and prevent wheezing in preschool children.

Prostate cancer is the most common cancer among Australian men. It has a 95 per cent 5-year relative survival rate and there are 211,000 men in Australia currently living with the disease. Last year, there were 16,741 new diagnoses.

About 890 men will participate in the MOSES Trial, which will implement and evaluate an integrated model of follow-up care shared between six acute cancer care centres and more than 800 general practices across Queensland, South Australia and Victoria.

“General Practitioners (GPs) may only treat a few patients a year, so we need to facilitate shared care in a way that one day it will become usual practice like how they are delivering antenatal shared-care,” Professor Chan said.

“This is a next logical step to create volume and momentum in shared care for cancer survivors,” he said.

QUT will partner with the Prostate Cancer Foundation of Australia (PCFA) Prostate Cancer Specialist Nurses, who will have a vital role in coordinating care and linking patients with their GPs and practice nurses.

The MOSES trial is a collaboration between QUT, University of Melbourne, Prostate Cancer Foundation of Australia, Flinders University, The Council of the Queensland Institute of Medical Research, and Peter MacCallum Cancer Centre.

QUT has received almost $700,000 from the Medical Research Future Fund (MRFF) to assess the effectiveness, safe dosage and side-effects of two medicinal cannabis products for managing symptoms in children with advanced cancer.

The three-year trial is expected to start this year and will be led by QUT Adjunct Associate Professor Anthony Herbert who is also director of Children’s Health Queensland’s Paediatric Palliative Care Service.

“The clinical trial will be a win-win because patients will have access to the medicine, but clinicians will also have the opportunity to observe the impacts of medicinal cannabis in a structured and controlled way to see if it has benefits without causing side effects such as drowsiness, or potentially even making symptoms worse,” Associate Professor Herbert said.

“This study will contribute to the limited evidence around the role and safe use of medicinal cannabis in children, which can be used to inform future clinical trials.”

The trial will compare different combinations and ratios of cannabidiol (CBD) and tetrahydrocannabinol (THC) to determine which is preferable in reducing symptoms.

Acute bronchiolitis is a common viral lower respiratory tract infection that causes inflammation of the small airways in infants aged less than 12-months.

Bronchiolitis is the leading cause of hospitalisation in Australian infants, resulting in about 13,500 admissions each year. In the UK, more than 30,000 infants are hospitalised with the condition.

“Preventing the development of wheeze in preschool children would produce major health benefits, but to date no therapies have proved to be effective,” Professor Chang said.

“We are partnering leaders in the United Kingdom in this study which will examine whether boosting the immune system by giving granules of lysed dead bacteria can prevent future childhood asthma.”

Over the next five years, researchers will give more than 900 infants oral Broncho Vaxom (BV), a lysate of respiratory bacteria, to test if it reduces the incidence of doctor-diagnosed wheeze 18-24 months post-hospitalisation for bronchiolitis.

The study will also explore how BV works to modulate the immune system at a cellular and microbial level and is expected to inform health policy on the use and introduction of BV, which is not a currently available intervention in Australia.