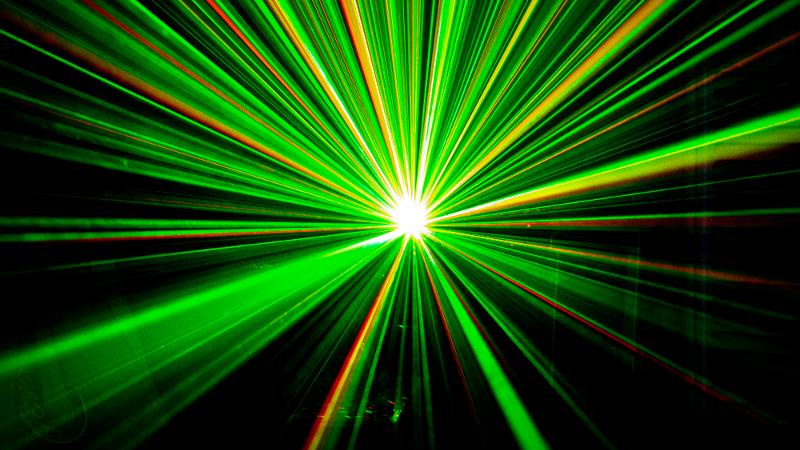 Researchers have developed an algorithm for photochemistry, bringing the burgeoning field a step closer to the goal of using different colours of light like a switch to activate a range of different chemical reactions in one single material.

In their study, Predicting Wavelength-Dependent Photochemical Reactivity and Selectivity, the researchers have outlined a predictive tool so that scientists can predetermine how much light is needed to produce certain outcomes of photochemical reactions.

First author Mr Menzel conducted a series of experiments with a laser, working his way up the spectrum with nanometer precision to record the results.

“Our goal was to understand how the molecules work and how we can predict how much is going to react, when using different colours of light” Mr Menzel said.

Professor Blinco said the study set out to provide the sort of information that researchers inducing reactions by adjusting temperature would have.

“With a normal reaction you probably would use heat — we do it with light,” Professor Blinco said.

“With chemical reactions that are driven by heat, if you heat it up more, then the reaction potentially goes faster. With light-induced reactions, we have the advantage that we can use all the colours of the rainbow, and photons with those different colours have different energies.

“So it means you’ve got a much finer tuning in being able to dial in the specifics of your reaction.”

Mr Menzel said ultraviolet light (photons with short wavelength) had enough energy to cause reactions that could, for example, lead to skin cancer, while visible light (photons with a longer wavelength) could not. Similarly, changing either the energy of photons and their intensity, like adjusting a dimmer switch, caused either a stronger reaction or no chemical reaction at all.

“One of the key questions in photochemistry is: How can you select colours of light so they impact differently on the materials present,” Professor Barner-Kowollik said.

“With our algorithm, scientists can use light to remote-control what material is being created, switching from one material to a completely different one by turning on and off each light source.

“The power of light transforms the way we manufacture next-generation materials for health, mobility and the digital world, exploiting its ubiquitous nature and the precision of lasers.”

While the researchers are currently focused on the molecular level, the big picture is how different colours (wavelengths) of light might be used in the future to create a series of reactions in one material.

“Imagine a printer that uses different colours of light to activate different elements for when it needs to print things – like intricate structures in biomedical fields – with different properties, such as hard or soft, or conductive or insulator,” Professor Barner-Kowollik said.

“The science fiction of it, is that the printer selects from 10 different colours of light, to print all properties. But for that you need to have selectivity.”

Professor Barner-Kowollik said one of the challenges he would like to overcome in the next five years would be to establish multi-colour 3D laser lithography to allow 3D printing of disparate material properties using only one printing resin (ink).

“It would perhaps be the most critical challenge in 3D printing, which would require that chemical reactions can be wavelength selectively addressed by different colours of light in 2 photon processes,” Professor Barner-Kowollik said.

“It’s science fiction at present, but with huge implications if successful.”