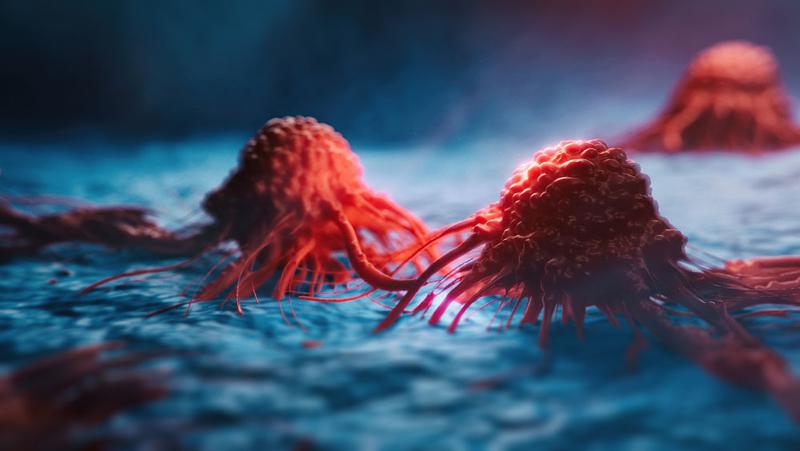 In a finding that could help explain some cancers’ resistance to certain therapies, QUT scientists have discovered how cancer cell "plasticity" – a term used to describe the adaptive nature of cancer – influences normal cellular machinery to promote rapid growth under nutrient restriction.

The research team, including PhD researcher Reuben Young, discovered a mechanism by which cancer cells can rearrange the molecular structures within their membrane, when normal processes are interrupted.

Published in Cell Reports, the team detailed the first direct evidence of cancer cells altering cell lipid production lines to make lipid (fat) “isomers” that are nearly, but not quite the same, as the fat molecules in healthy cells.

Professor Blanksby said the research focused on the body’s cells’ fatty membrane which protects them from their environment and controls the flow of information and nutrients in and out.

“A cell needs about 100 billion fat molecules in its membrane including thousands of different types of lipids that have explicit jobs to make the membrane work and keep the cell happy and healthy,” Professor Blanksby said.

“Each cell has fat molecule factories that churn out just the right lipids or modify existing ones for their explicit jobs in the membrane.

“Because cancer cells proliferate (divide and mature) much, much faster than healthy cells, the membrane factories work flat out to make more membranes to support new cellular growth, and ultimately tumour formation.

“What we discovered is that when this happens and the cancer’s fat factories are running out of nutrients, they switch to cellular machinery to access nutrients and continue growing, a process that normal healthy cells do not use.”

Professor Blanksby said their research had shown that when cancer cells were “stressed” – like they would be in tumour tissues where the supply of nutrients can't keep up with demand for growth – and the supply chain is interrupted, the fat factories switched from what they usually made for the membrane to something similar to keep growing and dividing.

“They use the same functional components, but these are put together in a slightly different way. They put the same atoms into a different order – what chemists call an isomer.

“These lipid isomers are so similar to each other that even with state-of-the-art instruments we could not tell them apart.

“We never knew that the cancer cells were adapting their usual production lines to fabricate something similar – but not the same – as healthy cells, which could explain how, in some cases, cancer can be resistant to treatments that target the lipid supply chain.

“This analysis method developed at QUT now provides researchers with a clear indication of when cells are changing their membrane factories and we hope this will give us new tools for detecting and treating cancer earlier and inform future cancer therapies.”