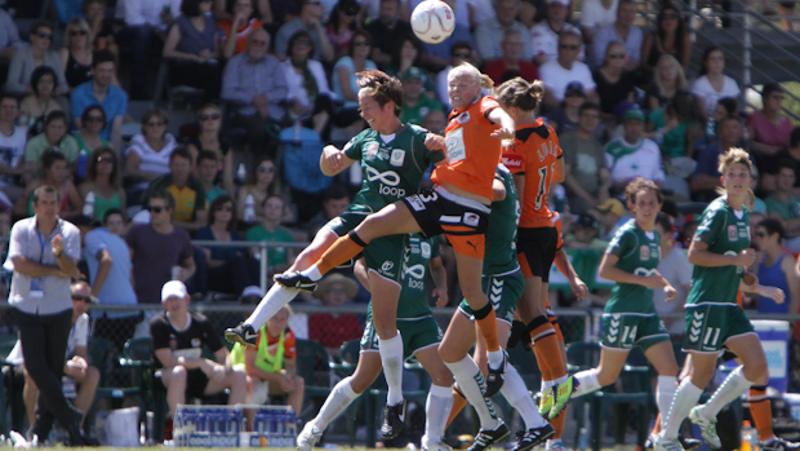 Hot on the heels of the recent announcement that the Football Federation Australia had granted pay parity for the Matildas, which made news worldwide, QUT researchers have produced the first comprehensive history of the women’s game in Australia. “Matildas Captain Kerr and her contemporaries in Australia and overseas, especially in the UK and United States, now enjoy live television coverage of matches and are courted by top tier sponsors but it’s been a long, hard road for women to achieve such recognition,” said QUT Creative Lab researcher Dr Lee McGowan.

They describe the book as being about the Australian women’s football community, written on behalf of its community, and a history that is long overdue. Both are passionate fans of the game that for so long in Australia was known as soccer.

“The project started with questions my daughters, two fierce football-loving feminists, asked when we attended a W-League game. There’s much we’ve yet to share and discover about the game here,” said Dr McGowan, who last year created www.withtheballatherfeet.com.au, a digital ‘living history’ to highlight the women’s game’s rich heritage in Queensland.

For Dr Crawford, the book is a natural extension of her work as an activist for women’s football, the Homeless World Cup and her media experience producing content for the Matildas, the W-League and others.

“It is exciting to see women’s football in Australia gaining recognition and traction. Reaching pay parity with, and obtaining equivalent off-pitch support to, male footballers is an incredible step forward and will benefit current and future female players enormously,” Dr Crawford said.

“Women have been playing football competitively in Australia since at least 1921 and the Matildas team was established 40 years ago. In those early days our national women’s team played for nothing and wore hand-me-down kits. A lot has changed for the better, including pay.”

While the first ever women’s association formed in Glasgow in 1894, Toowoomba was the epicentre of the birth of the women’s game in Australia, with the first clubs forming there in June 1921. The first public match at the Gabba later that year attracted a crowd of 10,000.

Alongside the history, the book includes stories of the Australian women’s football community, the women who play and serve and continue to support the game they love. It highlights the adversity, the discrimination, the diversity, unearths previously hidden parts of the history and highlights how much the women have freely put back into the game.

Dr Crawford and McGowan have included interviews FIFA and FFA board members, Matildas past and present, W-League coaches and players, as well as state and club administrators.