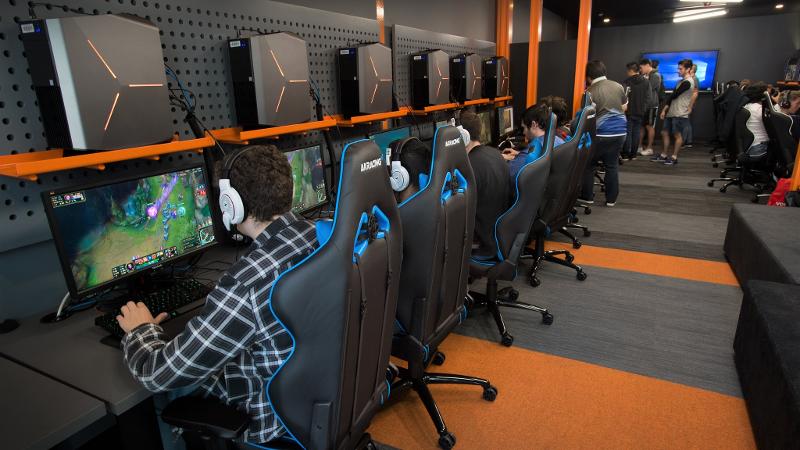 University gamers from three states will gather at the QUT Esports Arena this month for an intervarsity contest that’s the first of its type in Australia.

The Intervarsity League of Legends 2019 will feature university teams from Queensland, including QUT, Griffith and Bond, and two interstate contenders – Swinburne University of Technology in Victoria and and Murdoch University in Western Australia.

There’s no prize money on offer, but there’s plenty of pride on the line – and a trophy.

“It’s the first tournament to bring this many teams to a physical location and we really want to get the rivalry going between the states,” QUT Esports coordinator Nicholas Lynch said.

“QUT is probably going in as one of the favourites but anything could happen.”

More than 30 representatives will compete in the Intervarsity League of Legends on November 23 and 24, including the QUT Tigers – the uni’s semi-professional esports team who competed in this year’s League of Legends Oceanic Challenger Series.

Fans can watch the two-day round robin event online on Twitch.

People are also welcome to visit the Gardens Point campus during the event and head to the Kindler Theatre in P Block to watch the live feed and join in discussions surrounding many aspects of the esports industry. The grand final is scheduled for Sunday afternoon.