Pathways to Politics for Women opens for applications 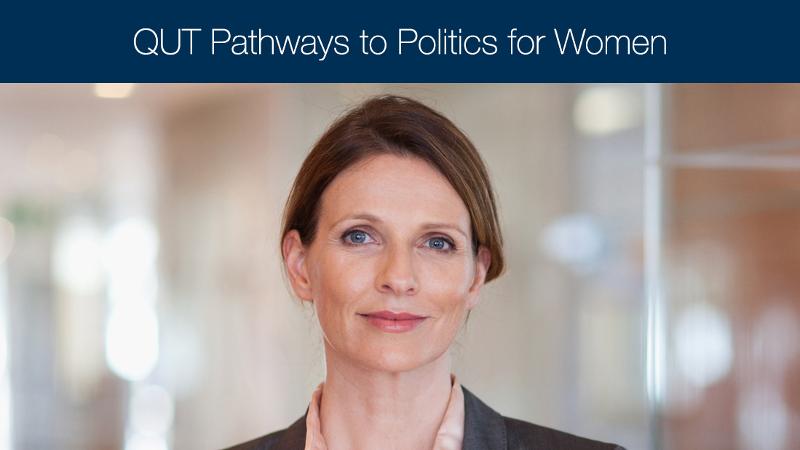 QUT Pathways to Politics for Women, the first of its kind ever offered in Queensland, is open to female graduates from any Queensland university.

Free for successful applicants, the program aims to redress the significant under-representation of women in all levels of political life and government in Australia and has a strong focus on leadership.

It will be offered to an initial cohort of 15-20 students from early next year through the QUT Business School.

The program, which will be facilitated by award-winning journalist Madonna King, features guest presenters from throughout the political sphere in Australia, from politicians to pollsters, campaign strategists to advisors.

Two two-day workshops will be held in February and March, followed by a one-day workshop in April. Each session will feature hands-on training and presentations with women from local, state and federal government.

She said she hoped women from throughout Queensland, including regional and rural areas, would apply for the program.

“Despite their proven abilities, women still face many obstacles to participating in political life in Australia.

“As the only program of its kind in Queensland, the QUT Pathways to Politics for Women program is specifically designed to equip women with the skills to succeed and to provide the networks and support to help them advance their political careers.

“It would be wonderful to see women from many different backgrounds represented throughout politics in Australia,” Professor Sheil said.

Just one-third of all parliamentarians and one-fifth of all ministers in Australia are women.

Facilitator Madonna King said the program was a real opportunity for women who have aspired to be elected to politics.

“If you are seriously thinking about running for office, this is your chance to make a difference,” Ms King said.

Modules in the program include Understanding Your Political Career, Preparing to Run, Becoming the Strongest Candidate and Getting Elected. Topics under the modules include an introduction to politics, building networks, campaign strategies, media training and delivering speeches in parliament.

Based on the University of Melbourne’s course under a partnership with the Women’s Leadership Institute Australia and the Trawalla Foundation, the program references Harvard University’s “From Harvard Square to the Oval Office” program.

The QUT Pathways to Politics for Women is an independent program run by QUT. It is modelled on the “Pathways to Politics Program for Women” run by the Melbourne School of Government under a partnership between the Women’s Leadership Institute Australia, Trawalla Foundation and the University of Melbourne, which also aims to redress the lack of representation of women in Australian politics. QUT is grateful for the assistance provided by Trawalla and the University of Melbourne in developing the Queensland program. Both programs were designed with reference to Harvard University’s “From Harvard Square to the Oval Office” practicum.