Consistent research has shown that women prefer to be received by women when they make a complaint to police about sexual and domestic violence, QUT Professor Kerry Carrington said on the ABC's The Drum last night, regarding her research on women's police stations in South America.

"There is something about men and policing - it's traditionally been a very militaristic, and masculinist culture that has sided with the perpetrator, that has not shown empathy  for victims of sexual and domestic violence or may even be perpetrators themselves," Professor Carrington said.

Argentina introduced an offence called femicide in 2009 that carries harsher penalties than homicide and established a Department for Gender Policy in the Ministry of Security which deals with the most serious crime.

Professor Carrington's extensive research in Argentina on police stations for Women and Families in Argentina found they were a practical and successful response to the United Nations’ sustainable development goal to eliminate violence against women.

Professor Carrington, head of QUT's School of Justice, was invited by to speak about her research at the the UN 63rd Commission on the Status of Women NGO sessions in New York in March.

“The proliferation of women’s police stations in Argentina was enabled and supported by the 2009 law Comprehensive protection law to prevent, punish and eradicate violence against women.

“This law was supported by the new offence of femicide – the killing of a female partner, and the setting up of the Department for Gender Policy in the Ministry of Security to implement a national action plan to prevent and eradicate violence against women. Professor Carrington interviewed 100 employees from ten women’s police stations which had caseloads of 300 to 700 a month. Of those interviewed, 82 per cent were employed as police, and 18 per cent worked as lawyers, psychologists or social workers.

“Like traditional policing models they offer a 365-day emergency response service, wear police uniforms and weapons and have the same powers and training as general police. “Unlike the traditional model, women’s police stations’ key differences are:

“Their close relationship and visibility in the community sends the message that violence against women will not be tolerated, that it is a crime and perpetrators will be held accountable.

“Women police are insiders in their community, they are of the same gender as the women who report to them, and this sense of connection enhances women’s willingness to confide in them.” 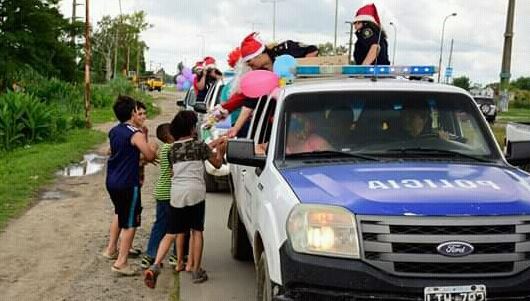 The presentation and report of the study can be downloaded from Professor Carrington's research page, Preventing Gender Violence.