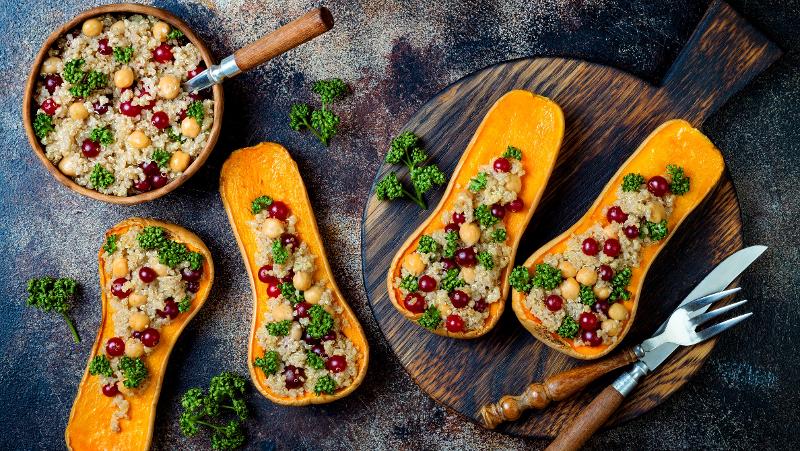 Remember when being a vegetarian or vegan was considered radical? It’s now thought quite ordinary, according to a new book co-edited by QUT and University of Adelaide food researchers.

Alternative Food Politics: From the Margins to the Mainstream is co-edited by Media Lecturer Dr Michelle Phillipov from the University of Adelaide and PhD candidate and QUT Creative Industries Digital Media Research Centre academic Katherine Kirkwood, and is published this month by Routledge.

It covers topics ranging from ag-tech start-ups and social justice projects, to new ways of mediating food waste, celebrity, and ‘ethical’ foods, as well as the role of the media in changing perceptions.

“The book is the first collection to examine the impacts of popular media and culture on contemporary food trends and politics,” said lead researcher Dr Phillipov. “But they are becoming increasingly mainstream as the focus of popular TV cooking shows, blogs, mobile apps, social justice projects and start-ups, as well as taking centre stage in food advertising campaigns.”

The book examines a range of media and cultural texts and includes contributions from leading and emerging scholars in food studies, media and communications, sociology, policy studies, business and geography.

“Our main aim was to explore the complex ways in which popular food politics are now imagined, enacted and even sometimes appropriated,” said Ms Kirkwood, who is close to finishing her PhD SuperFood Me: The Changing Landscape of Food Media, Identity, and Everyday Culinary Politics.

Dr Phillipov and Ms Kirkwood co-authored a chapter highlighting how retailers are developing increasingly sophisticated strategies to restore consumer trust and re-engage them with supermarket food.

“We are seeing an increasing number of brand partnerships between celebrity chefs such as Jamie Oliver and Heston Blumenthal and supermarket private label products,” they wrote.

“The promotion of the ‘Heston for Coles’ products took a different tack, embracing food processing as a site of innovation, novelty and wonder.”

Ms Kirkwood said such strategies had helped reframe public concerns about supermarket food and contributed to a more progressive discourse on the politics of food.

Other QUT academics – Associate Professor Stephen Harrington, Associate Professor Christy Collis and Dr Ozgur Dedehayir – have co-authored a chapter about the increasing popularity of vegan/plant-based diets and the shift in perception that has helped this happen.

“Their chapter argues that entertainment has played a key role in softening perceptions of veganism and fostering a heightened awareness of the broader implications of dietary choice,” said Ms Kirkwood.

“Popular documentaries like Cowspiracy, Forks Over Knives, and What the Health have shone a light on the environmental and health benefits. At the same time, media personalities like Rich Roll – a self-described wellness and plant-based nutrition advocate – have helped popularise plant-based diets and re-define the links between meat and masculinity.”

Alternative Food Politics: From the Margins to the Mainstream is available online to purchase as an eBook or hard copy at: Routledge.