Bringing sexy back: What Australian men & women find attractive in a potential mate The importance of such characteristics does change with age though, with both men and women looking for the personality traits of openness and trust as they get older.

Sex Differences in Sexual Attraction for Aesthetics, Resources and Personality Across Age has just been published by international journal PLOS One.

QUT behavioural economist Dr Stephen Whyte says the study explored how male and female sexual attractiveness preference changes across age, using data collected from more than 7,000 people aged between 18 and 65 who participated in a national online Australian Sex Survey in 2016.

“Sexual attraction is a key driver of human mate choice and reproduction. Our results indicate distinct variations within sex at key life stages which is consistent with theories of selection pressure,” Dr Whyte said.

“Females are more selective about other characteristics because their time for reproduction is more limited so they can’t risk choosing poorly.

“However, most studies on sexual attractiveness rely on limited age distribution skewed to the younger population. We have taken data from a much larger age range to judge how the pattern of sexual preferences may differ with age.” Dr Whyte said their analysis was based on participant responses to nine different versions of the same question format about the level of attraction individuals expect in the aesthetic, resource, and personality characteristics of potential mates. 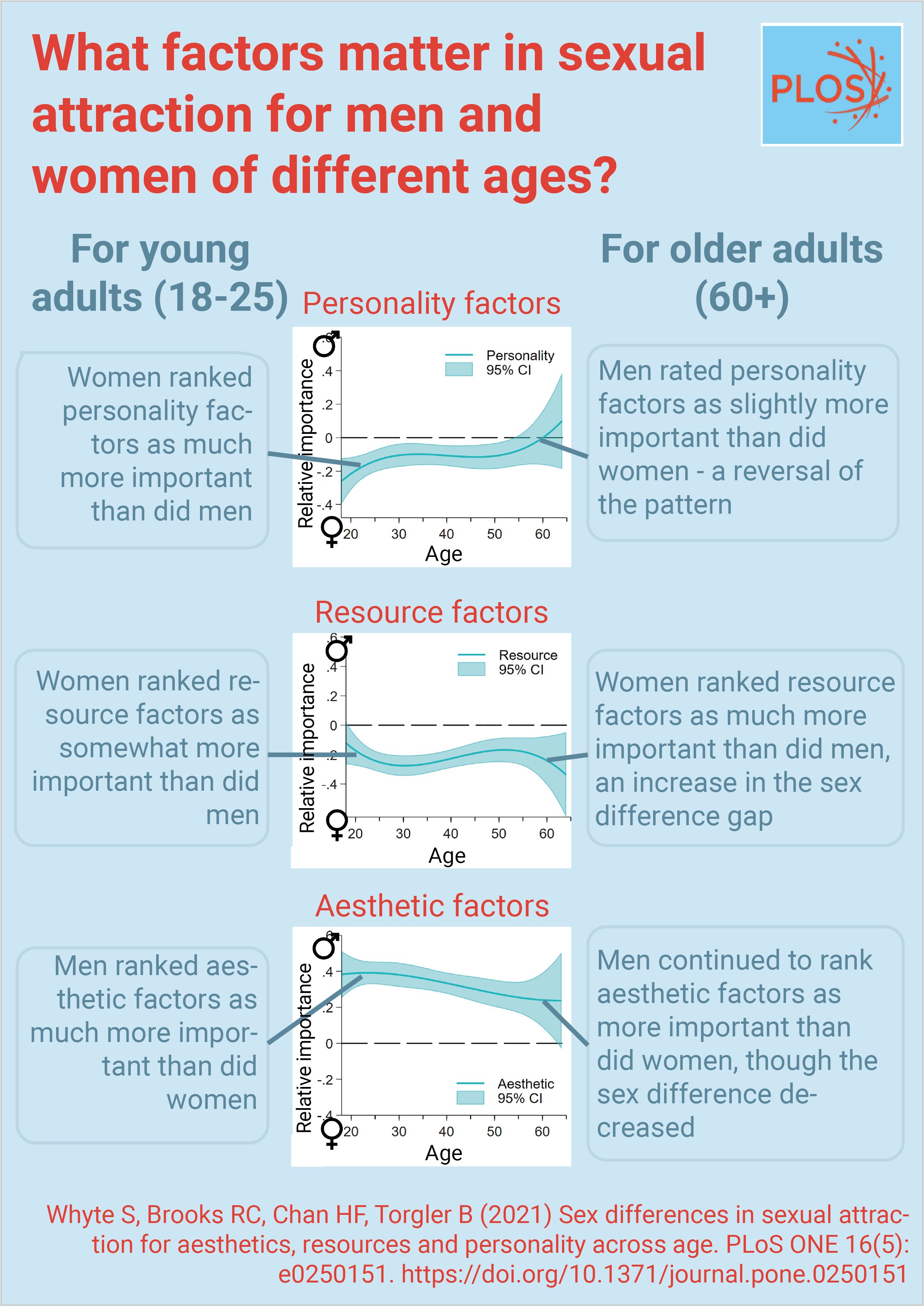 “Firstly, we found males regard both attractiveness and physical build as more important characteristics for sexual attraction relative to all other traits compared to women.

“Both sexes, meanwhile, regard income as the least important factor but females do place a higher importance than men on education and intelligence although men regard openness as slightly more important that the females surveyed.

“It is as men and women age their preferences come closer together, with both sexes placing greater importance on openness and trust while the relative importance of emotional connection is as important for males and females across all age groups.

The co-authors of the paper are QUT behavioural economists, Dr Ho Fai Chan and Professor Benno Torgler, and evolutionary biologist Robert Brooks from the University of NSW.

Read the full paper online. A PDF is also available.