IT solution to improve hospital workflow and schedules 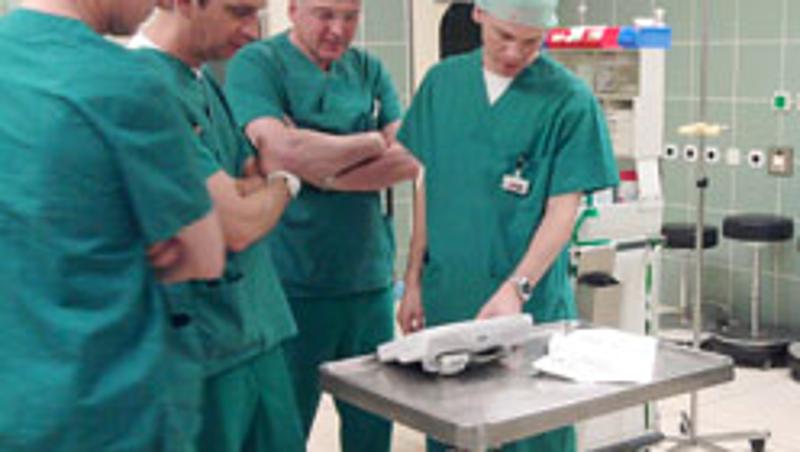 A new customised IT business management system developed by Queensland University of Technology (QUT) researchers and capable of improving the scheduling of resources and workflow in surgical theatres has been successfully demonstrated in a German hospital.

The project is being undertaken in partnership with German software company GECKO.

"Essentially an automated workflow system ensures the right task is assigned to the right person at the right time," Dr Ouyang said.

"Because hospitals rely on the availability of scarce and shared resources, both human and non-human, it is inevitable there will be constraints on their availability.

"The benefit of this system, over a human-run system, is that it is more accurate, efficient and quicker and is able to adapt to any changes in the availability of staff, equipment, or delays immediately.

"For example, surgical procedures can go overtime, staff can be off sick and equipment can fail, all of which can cause delays. This system is able to automatically revise the schedule of tasks in a way that maintains efficiency and assists in the decision making process."

Dr Ouyang said because the workflow system can improve scheduling of hospital resources as well as the quality of the surgical processes, there was the potential for hospital patients and budgets to benefit.

"If resource utilisation in operating theatres can be more efficient, there is the potential to save time and increase the numbers of patients through the doors," she said.

"Also because the system has the potential to identify equipment under-use and over-use, it provides evidence in support of the need to purchase additional equipment or save money by not purchasing under-used equipment. The benefits are far-reaching."

Dr Ouyang said a prototype of the system had undergone a first demonstration in a real-life surgical setting at Hetzelstift Hospital in Neustadt/Weinstrasse in Germany, proving the functionality of the system worked.

"We were informed by GECKO that the demonstration was successful in that the system was generally assessed by the participating clinicians as useful," she said.

"This positive assessment by the Hetzelstift clinicians is backed up by clinicians from another hospital to whom the system was demonstrated on a single laptop, but without deploying the system in the hospital's environment.

"Our next step could be to further test the system over an extended period of time to get a real clinical evaluation and validation."

The system is an outcome of a successful university-industry collaboration where software was donated back by GECKO, as part of the PERIKLES project, to the YAWL initiative which is one of QUT's largest open source initiatives.