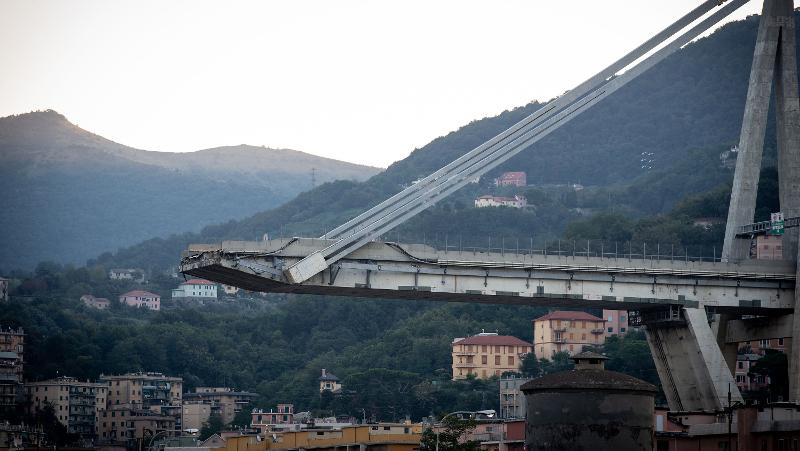 The Story Bridge is 78 years old, the Sydney Harbour Bridge is hitting 86. Australian bridges are designed for a life span of 100 years.

“The designers of these bridges allowed for the growth of traffic and load consideration, so safety factors for material strength were built into bridges like the Story and Sydney Harbour bridges,” QUT civil engineering Professor Tommy Chan.

“The Sydney Harbour Bridge is being fitted with 2400 sensors to monitor its structural health.

“While this bridge has had regular maintenance, strengthening and tests to ensure it is safe, the use of sensors to detect damage caused by traffic, wind, temperature, vibration and extreme events add an extra level of safety by alerting asset owners to timely maintenance.

“Some defects or damage may not be detected using visual inspection only and a sensor system can let us know whether the structure is performing as expected.”

“Using SHM we can determine when structures need a retrofit, rehabilitation and strengthening.

“This is why the Australian Network of Structural Health Monitoring (ANSHM) is promoting SHM systems to be implemented to existing structures and built into new structures.”

Professor Chan drafted the SHM section in the latest version of AS5100 (Australian Bridge Design Standard).

“SHM uses various sensing devices and ancillary systems to monitor the in-situ behaviour of a structure to assess and evaluate its condition,” Professor Chan said.

“We have developed extra SHM technologies to detect, locate, and assess the severity of damage and deterioration in not only bridges and but also buildings, dams and towers.

“Spending 1 to 5 per cent of the construction cost of a structure on installing SHM during the build can provide minimum to comprehensive levels to monitor structures for timely maintenance.

“It is an effective way to detect structural problems and also predict the remaining life of structures.

“Vibration-based damage detection uses accelerometers to identify the dynamic characteristics of bridges, such as frequencies and mode shapes.

“On suspension bridges we use anemometers to monitor wind speed and direction because there is a lot of aerodynamic interaction between wind, structure and traffic.

“We measure the traffic load and the bridge’s responses to know whether it is performing according to the design assumptions - the system gives an alert if it is not performing properly.

“With a concrete bridge, for example, we need to know the temperature inside the concrete as well as the outside in order to estimate any developing thermal stresses because if a structure needs to expand and it is stopped from expanding it adds stresses to the structure.”

“This means different SHM systems for different levels of monitoring need to be considered and implemented,” he said.

“The latest SHM technologies could help to determine what needs to be replaced, retrofitted, or rehabilitated.”

Professor Chan said his ARC-funded research project on the development of prestressed concrete bridges using moving force identification would have been applicable in testing the Morandi Bridge in Genoa that recently collapsed.

“This bridge was the first modern prestressed, concrete cable-stayed bridge. The project developed three different methods to identify prestress force of existing bridges which will be useful to evaluate the loading capacity of existing prestressed concrete bridges.”

Professor Chan and Professor David Thambiratnam, together with other SHM experts in Australia established the Australian Network of Structural Health Monitoring (ANSHM) in 2009 at QUT to promote SHM technologies and raise general community awareness on its need and its value. Professor Chan remains ANSHM founding president.