Nanostructures grown on fabric can mop up oil spills 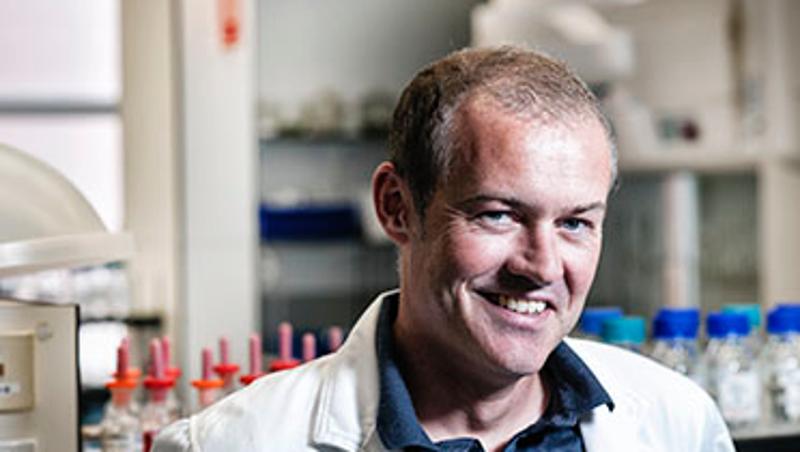 Oil spills at sea, on the land and in your own kitchen could one day easily be mopped up with a new multipurpose fabric covered with semi-conducting nanostructures, developed by a team of researchers from QUT, CSIRO and RMIT.

“The fabric could also potentially degrade organic matter when exposed to light thanks to these semi-conducting properties,” says Associate Professor Anthony O’Mullane, from QUT’s School of Chemistry, Physics and Chemical Engineering, who collaborated with researchers from CSIRO and RMIT on this project.

“This fabric repels water and attracts oil. We have tested it and found it effective at cleaning up crude oil, and separating organic solvents, ordinary olive and peanut oil from water,” he said.

“We were able to mop up crude oil from the surface of fresh and salt water.”

Professor O’Mullane said the chemistry behind the creation of the new material was not complex.

“All steps in its production are easy to carry out and, in principle, production of this fabric could be scaled up to be used on massive oil spills that threaten land and marine ecosystems,” he said.

“On a large scale the material could mop up crude oil to saturation point and then be washed with a common organic solvent and reused.

“We used nylon, but in principle any fabric could work. We took commercially available nylon that already had a seed layer of silver woven into it which makes it easier to carry out the next part of the process – addition of the copper.

“We then dipped this fabric into a vat where a copper layer was electrochemically deposited onto it.

“Now with a copper coating, we converted the fabric into a semiconducting material with the addition of another solution that causes nanostructures to grow on the fabric’s surface - the key to its enhanced properties.

“The nanostructures are like tiny rods that cover the surface of the fabric. Water just runs straight off it but the rods attract and hold oil.

“Also, when the fabric is saturated it allows the oil to permeate where it then acts like a sieve to separate oil and water.”

Professor O’Mullane said the fabric could have multiple uses.

“What is particularly exciting is that it is multifunctional and can separate water from other liquids like a sieve, it is self-cleaning, antibacterial, and being a semiconductor opens up further applicability,” he said.

“Its antibacterial properties arising from the presence of copper could be used to kill bugs while also separating water from industrial waste in waterways or decontaminate water in remote and poor communities where water contamination is an issue.

“Because it is also a semi-conductor it can interact with visible light to degrade organic pollutants such as those found in waste water streams.”

Professor O’Mullane said the next step was to test the scalability of the approach and if the material was mechanically robust.

“Our testing has shown the material is chemically robust but we need to investigate whether the nanostructures can withstand tough wear conditions.”

The research was published in the journal ChemPlusChem.