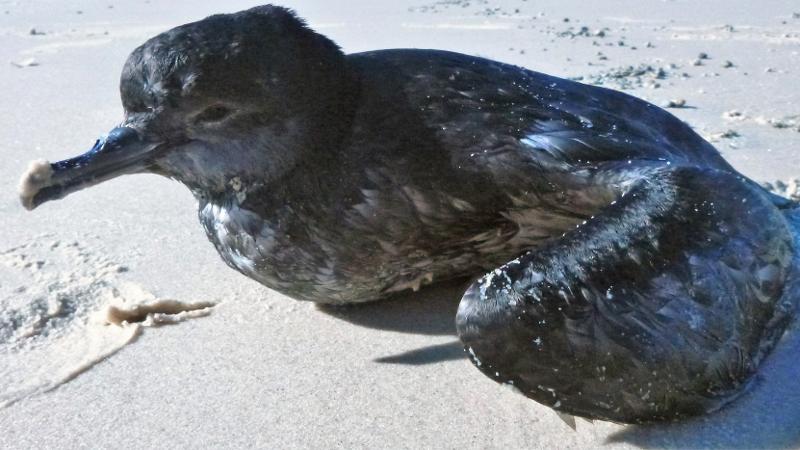 Researchers have used the evidence of pumice from an underwater volcanic eruption to answer a long-standing mystery about a mass death of migrating seabirds.

New research into the mass death of millions of shearwater birds in 2013 suggests seabirds are eating non-food materials including floating pumice stones, because they are starving, potentially indicating broader health issues for the marine ecosystem.

The research which was led by CSIRO, Australia’s national science agency, and QUT, was published in the journal Marine Ecology Progress Series, that examined a 2013 seabird “wreck” in which up to 3 million short-tailed shearwaters died.

The lead author on the paper and CSIRO and IMAS-UTas researcher Dr Lauren Roman said there was much discussion in the scientific community about the causes of mass mortality of seabirds which are often found with plastic and other non-food items in their stomach.

“We found that in the instance of the shearwater bird deaths in 2013, these birds were starving, and in their starved state had reduced prey discrimination,” Dr Roman said.

“Our study investigates the chicken-and-egg dilemma – do animals starve from eating non-food or do animals eat non-food because they are starving?””

Sea birds are widely considered to be indicators of the health of a marine ecosystem and mass mortalities can indicate changing food webs and ecological conditions.

Short-tailed shearwaters (Ardenna tenuirostris), which were the subject of the study, migrate from Australia in April to the North Pacific and return late in the year.

Necropsies of 172 seabirds recovered from beaches along the New South Wales and Queensland coast found 96.7 per cent of birds had ingested pumice or plastic.

The research team, including Dr Natalie Bool (IMAS-UTas), Leah Gustafson (QUT) and Dr Kathy Townsend (USC), used satellite systems to track the 2013 shearwater migration and overlayed that onto locations of the pumice raft produced by the 2012 Havre eruption in the Kermadec arc north of New Zealand.

QUT’s Associate Professor Scott Bryan has been studying pumice rafts for over 20 years and recently has been tracking the impact of another giant pumice raft from a 2019 underwater eruption near Tonga that landed along the Australian coastline last year.

“We proposed that a short time period between non-food ingestion and death would indicate that birds were already starving at the time of non-food ingestion, and a starving state would be reflected by poor body condition and reduced muscle mass,” Professor Bryan said.

“Death after a longer period would indicate that birds starved following ingestion of non-food.”

Professor Bryan said detailed information about the route of the pumice raft was an integral part to determining the answer of where the birds had consumed the pumice.

“We combined the tracking information data of the short-tailed shearwaters, using location tags on migrating birds, and the geological signature of the ingested pumice,” Professor Bryan said.

“By October 2013 when the shearwaters were returning to Australia on their annual migration from the North Pacific, the floating pumice was now located along their flight path as they approached Australia.”

“With a projected increase in challenging times for wildlife because of threats such as climate change, marine pollution and over exploitation of resources, this study has implications for mass mortalities and exacerbation of existing threats to marine species,” Dr Roman said.

It was the coming together of researchers into seabirds and volcanoes and pumice rafts, apparently unrelated phenomena, and the crossing of science discipline boundaries that has been able to help solve this chicken-and-egg dilemma.

The research team included scientists from CSIRO, QUT, Institute for Marine and Antarctic Studies and University of the Sunshine Coast.

Video and images can be downloaded here.