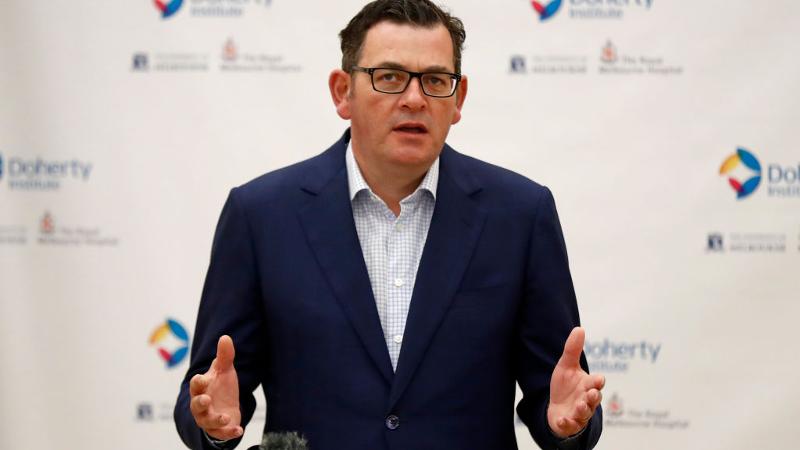 More than half of the top 50 Twitter accounts tweeting the anti-Dan hashtags qualified as anonymous “sockpuppet” accounts compared to one third of the #IStandWithDan accounts.

A sockpuppet account is defined as human-managed with fabricated or anonymous profile details, often created to support or critique a specific person or organisation, posing as an independent third-party unaffiliated with the main account operator.

The QUT Digital Media Research Centre collected data from 397,000 tweets sent by 40,000 profiles with the findings challenging the idea of Twitter as the “voice of the people”.

The results have been published in top ranked journal Media International Australia.

Lead researcher Timothy Graham said the analysis revealed a small but intensely concentrated effort by participants was behind the campaigns to get the political hashtags trending in Australia.

“The Victorian lockdown was a divisive political issue in Australia and the polarised Twitter battlefield makes for a great spectacle,” Dr Graham said.

“But there is a vicious feedback loop between the Australian Twittersphere and partisan coverage by mainstream media and elite commentators.” Dr Graham said the DictatorDan hashtag was created April 3, 2020 by an anonymous fringe account which was picked up by Victorian Liberal MP Tim Smith on May 17.

“The image of Premier Andrews in Mao’s famous olive green cap, trousers and button-up shirt later became a frequent trope in the editorial newspaper cartoons of News Corporation,” he said.

Associate Professor and co-author Daniel Angus said the study highlighted the complex and deeply rooted moral questions facing journalists and stakeholders who have a voice in the public sphere.

“The findings show Twitter has an information disorder problem whereby an intensely concentrated but highly active few can force their hashtag to hit a trending list,” he said.

“We implore journalists and political stakeholders to adopt expert-informed frameworks to identify and combat disinformation and other problematic content.”

* Dataset for the study was collected using Twarc open-source library, which is a tool for collecting and archiving tweets.

A pdf of the research is available upon request.