Dr Lisa Philp has been awarded $150,000 Advance Queensland Fellowship to test the drugs which she and Professor Colleen Nelson, from the QUT Faculty of Health’s School of Biomedical Science, are developing to fight advanced prostate cancer that could also prevent and or treat acute respiratory distress syndrome (ARDS).

They and their research team, based at the Translational Research Institute, realised their research on two hormones secreted by body fat, that modulate prostate cancer tumour growth could also have roles in driving the rapid-onset, severe lung inflammation that kills patients with serious COVID-19 disease.

Australian Prostate Cancer Research Centre-Queensland Director Professor Nelson said the research team had been investigating two novel drugs that target fat hormones, one hormone which is pro-inflammatory, and another hormone that has an anti-inflammatory effect; each of which is involved in the progression of prostate cancer.

“Through our data and knowledge of COVID-19 research we came to the hypothesis that these drugs could be effective treatments for ARDS,” Professor Nelson said.

“We rapidly assembled new collaborations with ICU clinician scientists at Princess Alexandra Hospital and Royal Brisbane and Women’s Hospital, and brought our established industry partners into this new area of research to test our hypotheses and advance this research toward proof of principle so we could translate it to COVID-19 patient treatment as soon as possible.” 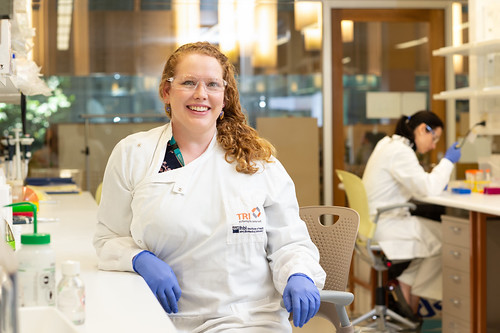 Dr Philp (pictured) said the team had been collaborating with two US-based biotech companies to advance their research on the drugs to a phase 1 clinical trial in prostate cancer patients.

“We have very strong data that both these drugs suppress tumour progression in advanced treatment-resistant prostate cancer and, importantly, inflammation,” Dr Philp said.

“ARDS is a rapid-onset life-threatening respiratory failure triggered by infection, and the root cause of COVID-19-related death.

“Even before COVID, ARDS killed three million patients annually worldwide placing a huge burden on hospitals’ intensive care units. ARDS is usually related to flu, or other conditions such as lung injury.

“Instead of a gradual immune response to infection, this response is hyperactivated in ARDS, and triggers an inflammatory ‘cytokine storm’ that also attacks healthy tissue, causing the lungs to fill with fluid and rapid respiratory failure.

“Currently, ARDS treatment includes ventilation and antivirals but the drugs we are investigating could address the fundamental overwhelming inflammatory response by targeting the signalling hormones responsible for it.” 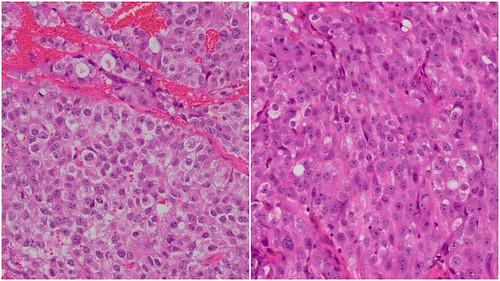 “The anti-androgen drugs essential to prostate cancer treatment also, however, cause changes to the levels of these two hormones along with weight gain, and this is why our team was focussed on effective treatments to target their actions,” she said.

“We have developed a very potent drug with a North Carolina company that blocks this proinflammatory hormone from acting which we think could prevent and suppress the cytokine storm. Dr Philp will conduct the preclinical testing for its use in COVID-19 treatment.”

Professor Nelson said the other drug they were working on activates the hormone with anti-inflammatory actions and suppresses the inflammation response.

“The good news is the San Francisco company working on this drug has already used it in patients with inflammatory eye conditions, so we know it is safe for human use. In fact, the company is developing it for other illnesses such as liver disease,” Professor Nelson said.

“We had been working with this company in the prostate cancer context but when COVID hit we said to them that it could be a great treatment for ARDS. The company is supporting us financially to be able to get through these proof of principle pre-clinical studies.”

Professor Nelson said there were some other factors that would need to be considered for the drugs to be used in COVID patients.

“One is whether to intervene earlier in trying to prevent the syndrome from causing ARDS in those at risk,” she said.

“With our understanding of the role of these two hormones in a cytokine storm, we have a handle on who is at the most risk – obesity, and those with altered levels of these key hormones obviously, but we would need a blood test to look for different biomarkers and then use other factors such as type-2 diabetes, age, prior respiratory problems to prioritise treatment.

“We have been working closely with intensive care clinician scientists at Royal Brisbane and Women’s and Princess Alexandra Hospitals to help guide our studies.”