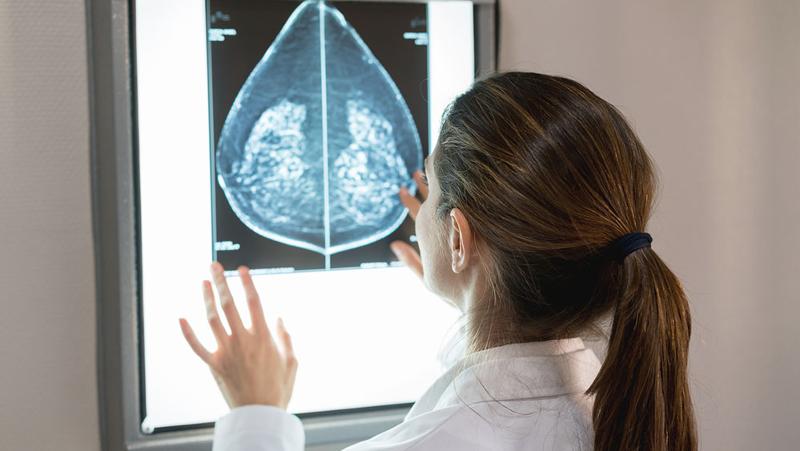 The recurrence of cancer after surgery is a major concern for patients.

New findings from a QUT study have shown the potential for a novel 3D-printed porous scaffold which is loaded with a common chemotherapy drug that can reduce breast cancer recurrence in an experimental setting.

QUT biomedical engineer Dr Phong Tran, leader of the Interface Science and Materials Engineering group, and his team 3D-printed a new type of porous scaffold and soaked them in the chemotherapy drug, doxorubicin (DOX).

“We set out to see if we could reduce cancer recurrence and spread by delivering this potent cytotoxic anti-cancer drug to the local area where a cancer tumour had been removed,” Dr Tran said.

“Local delivery aims to combat cancer by delivering chemotherapy directly into any remaining malignant tissue while reducing the side effects associated with systemic or whole-body administration of the cytotoxic drug”.

“We used a stiff polymer to 3D-print the breast scaffold because it needs sufficient strength to withstand pressure from the patient lying on her side.

“Our research group developed a way to create microscale pores inside the struts of conventional biodegradable scaffolds that extended the surface area and created a complex porous network to enable easy loading and gradual, sustained release of the drugs for up to 28 days.

“We took advantage of the capillary actions of the microscale porous networks and charge interactions to incorporate DOX and achieve extended, slow release.”

Dr Tran said the soaking method was simple and worked with different drugs, including chemotherapeutics and antibiotics, and allowed the drugs to retain their full efficacy.

“A common method for adding drugs to scaffolds is to mix them directly with the scaffold material but this method has a major limitation: the therapeutic properties of the loaded drugs may be altered by the elevated heat or incompatible chemicals during the manufacturing process,” he said.

“Compared to the group which received the IV drug (up to 20 times more DOX) to mirror the conventional way chemotherapy is delivered, the experiment groups receiving drug-loaded scaffolds had lower level of metastasis in the lungs, liver, and spleen and lower local recurrence.

“Importantly, no DOX was found leaching from the scaffolds to the blood and hence, no systemic toxicity. In comparison, the IV group had severe cardiotoxicity, typical of DOX side effects.” “The overall design is that after the drug is exhausted, the scaffold will provide a structural support for regenerating new breast tissue.

Dr Tran said future experimental research would optimise DOX dosage and assess the regeneration of new breast tissue to inform the utility and further development of the technology towards an application in patients.