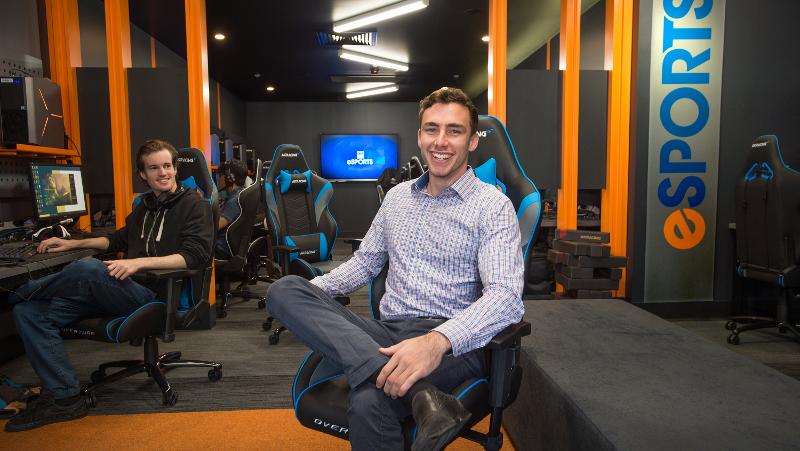 High performing esports professionals may require the same mental stamina it takes to be a top Olympian, according to QUT research.

A new study, published in Frontiers in Psychology, indicated an overlap between the mental toughness and stress-coping processes in traditional sports and competitive esports athletes.
QUT esports researcher Dylan Poulus said 316 esports players aged 18 and over were studied from among the top 40 per cent of players.
“A disposition considered to be influential in sporting success is mental toughness and it appears to be important for success in esports,” Mr Poulus said.
“To be a millionaire esports gamer you deal with stress similar as if you are getting ready to go to the Olympics.
“It is one of the fastest growing sports in the world, and with the coronavirus pandemic there has been huge interest.”
The study used athletes who played Overwatch, Counter-Strike: Global Offensive, Rainbow Six: Siege, Defence of the Ancients 2 and League of Legends competitively.
Events can draw more than 60 million online views.
Mr Poulus said the study identified some of the mental skills required for optimal performance among gamers, including high levels of mental toughness, emotional control, and life control.
“Similar to traditional sports athletes, esports athletes with higher mental toughness employed more problem-focused coping strategies which aided in their success,” he said.
However, the findings also showed how esports athletes with high mental toughness employed emotion-focused coping strategies like acceptance coping.
“By accepting the elements of their game that are beyond their control could lead to better performance,” Mr Poulus said.
“Everything we see in sports psychology interventions that work with traditional sports is likely going to work with esports athletes.”
Mr Poulus is completing his PhD at QUT’s Faculty of Health school of Exercise and Nutrition Sciences.
The research, titled Stress and Coping in Esports and the Influence of Mental Toughness, was co-authored by Michael Trotter, Dr Tristan Coulter and Professor Remco Polman.
It's one of the first studies to investigate mental toughness and stress and coping in performing esports athletes.
Further research is investigating what specifically causes stress to high performing esports athletes.
QUT was home to Australia’s first official university-endorsed esports program, with five $10,000 scholarships and the first dedicated on-campus gaming arena.
QUT’s Tigers esports team, which includes six scholarship holders, won the Oceanic Challenger Series beating the University of Auckland on May 23.
A pdf of the research is available on request.
MEDIA CONTACT: Debra Nowland QUT Media, 07 3138 1150 media@qut.edu.au after hours 0407 585 901.