‘I Snapchat and drive!’: Confessions of young Qld drivers 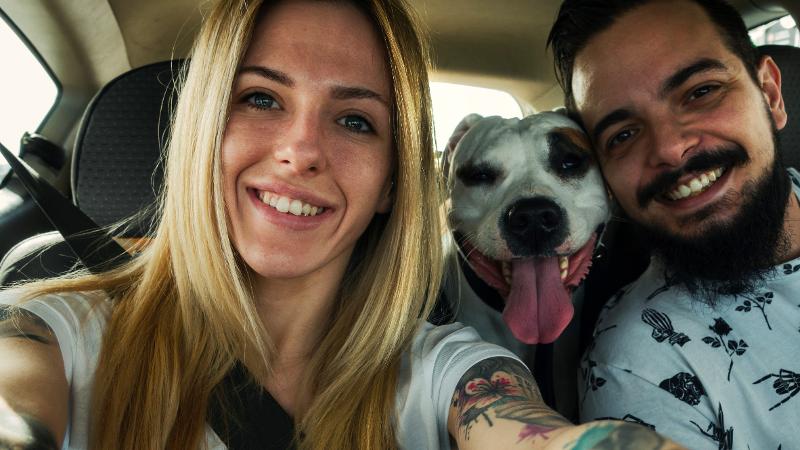 Snapchat has emerged as a surprise threat to Queensland drivers, with a new QUT study showing one in six young drivers surveyed had used Snapchat behind the wheel.

She found 16 per cent of survey respondents confessed to using the Snapchat on their mobile phone when driving.

For a few, that use only involved looking at, or replying to, other people’s messages.  But 15 per cent of those surveyed said they had used their phone to send a video or photo via Snapchat at the same time as controlling their vehicle.

“Of that 15 per cent, more than half (58 per cent) said their primary motivation was to immediately share a video or photo of something they had seen while they were driving,” Ms Truelove said.

Ms Truelove said it was important to note that 84 per cent of the surveyed drivers said they did not use Snapchat on the road, and only 12 per cent thought it was acceptable behaviour.

“But the majority of survey respondents (69 per cent) said they knew of someone who did send videos or photos of Snapchat while driving,” she said.

Australia has more than six million regular Snapchat users, including an estimated two million users aged 18 to 24. The app is regarded as the most popular social media platform for under 25s, and is slightly more popular with young men than young women.  Unlike text-based Facebook, Snapchat is a multimedia messaging app that opens in mobile phone cameras to allow users to send captioned photos and videos seconds after they take them.

Ms Truelove’s overall study aimed to investigate the types of social media most used by young people while driving, and also what was most likely to deter them from this behaviour.

It included in-person focus groups with 60 drivers aged 17 to 25 – which found Snapchat was overwhelmingly the most popular social media platform used in the car – followed by the larger survey.

“Looking across the survey and focus groups we conducted, a common theme was that the drivers who used Snapchat thought it was a relatively safe practice because they used it at times they perceived to be low risk, such as when they were stopped at traffic lights,” she said.

“This is an encouraging result in some ways – and consistent with other QUT studies that have looked at wider phone use – as it indicates young drivers are trying to self-regulate their behaviour and only use their phone in low-risk situations.

“Another common theme was that most young drivers did not think there was much chance of them being caught by police using their phones, which meant fines weren’t much of a deterrent.  They believed the restriction on hand-held phone use was difficult to enforce.

“But, interestingly, nine drivers in our focus groups mentioned hearing about world-first mobile phone detection camera technology in Australia that involves cameras positioned at a height and angle that can see through the windscreen and photograph drivers using mobile phones.

“The drivers we talked to saw this as a strong deterrent, knowing these types of cameras were ‘out there’ … even though they are only in New South Wales at this stage.

“Increases in perceptions that driver phone use is being monitored may result in increases in obeying the law.  If people think there is a high chance they will be caught, they are more likely not to break the law.

“For some drivers though, safety concerns regarding being harmed or harming others were the biggest deterrents.”

During the focus groups held as part of the study, many drivers shared anecdotes about their friends and themselves, with several citing Snapchat’s speed filter (which identifies and superimposes the speed a vehicle is travelling over a photo).

Comments made at the focus groups included:

The study was funded by a grant from the Australia Research Council Discovery Scheme, along with research student funding from QUT’s Institute of Health and Biomedical Innovation (IHBI).

The research is published in the October edition of the Accident Analysis & Prevention international journal (doi.org/10.1016/j.aap.2019.06.008).