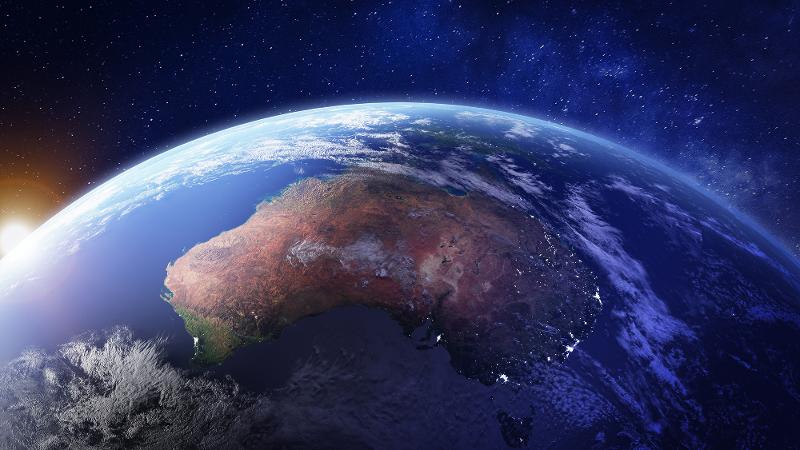 QUT researchers will be joining the biggest investment in space industry research development in Australia’s history, with the announcement of the SmartSat Cooperative Research Centre (CRC).

The SmartSat CRC, headed up by Nova Systems and UniSA, is being funded through a $55 million grant by the Federal Government and $190 million of support from 84 research and industry partners.

Distinguished Professor Kerrie Mengersen and Dr Erin Peterson, of QUT’s Science and Engineering Faculty and Institute for Future Environments, will be working in one of the SmartSat CRC’s key programs of Earth Observation and Analytics.

Dr Peterson works in spatial science and environmental statistics, with a particular research focus on using spatial data for regional monitoring and decision-making.

These studies include assessing the impacts of climate change and wildfires on fish presence and abundance, increases in sea surface temperature and the effects on hard corals on the Great Barrier Reef, and the spatial prioritization of revegetation to achieve improvements in river water quality.

Professor Mengersen is currently involved in a United Nations Global Working Group on the use of satellite data for official statistics agencies around the world, and has worked extensively with colleagues and students in the area of data analytics and agriculture. She is also the Deputy Director and a Chief Investigator of the ARC Centre of Excellence for Mathematical and Statistical Frontiers (ACEMS), which has one of its largest nodes at QUT.

“There is a wealth of data generated by space technology and much more to come. We’re looking forward to being able to contribute to the data-focused aspects of this CRC, in particular trying to corral the data into telling us important information about space, science and our society,” Professor Mengersen said.

“There are both local and global issues,” Professor Mengersen said.

“One interesting SDG is alleviation of poverty. What has this to do with satellite observations and analytics? Well, you can, for example, look at night lights from satellites and be able to estimate the socio-economic growth in countries.”

One area in which Professor Mengersen is currently using satellite data is with agricultural identification and crop yield.

Australia is currently heavily reliant on other nations to host its satellite payloads, telecommunications and earth observations technology, which is increasingly costly and inflexible. An example of that limitation is that countries such as China and the US can observe more about Australia’s annual crop yields than we can.

“Crop identification and crop yield using satellite data have been around for 30 years or more but it’s really because of the next generation of satellite technology that we are able to see, estimate and predict more now. However, in order to do this, we need good ways to manage and analyse the data, and this is where we come in,” Professor Mengersen said. Dr Peterson said one of the most exciting opportunities was data fusion, which was about developing new methods to combine data from multiple sensors instead of analysing each data stream separately.

“We can also combine these satellite-derived data with data collected on the ground to dramatically increase the amount of information we have for timely, data-enabled decision making,” Dr Peterson said.

“It’s impossible to overstate the importance of this strategic investment and the positive outcomes it will lead to both within and outside of the Australian space industry.”

“Australia has had a strong pedigree and a long history in space with excellent scientific capabilities in instrumentation and communications technologies but until now, the research has not been brought together to build a new industry for Australia, and to capitalise on the exponential growth of the global space economy,” Professor Koronios said.

“Our goal in bringing together the bid for SmartSat, was to show the huge potential and capacity there is in Australia to make an impact globally by developing leapfrogging technologies in areas where we have some of the best expertise on the planet – AI, advanced communications and remote sensing analytics.”

Smart satellites is the next big improvement for satellites, moving on from the traditional role of satellites being a large orbiting mirror in the sky, to giving them the onboard processing power to analyse and respond to the data they collect.