A QUT Creative Industries alumnus pioneering the use of emerging technologies to make the world a better place, and who has also come up with a solution to help the music industry spot online talent, has been named a John Monash Scholar for 2020.

Creative technologist and design strategist Jessie Hughes is one of QUT’s millennial success stories. She is taking the world by storm with her innovative approach to improving the lives of Australians and other global citizens.

Ms Hughes will receive $140,000 over two years for where she hopes to complete a Master of Media, Arts and Science at MIT Media Lab in Cambridge, Massachusetts, United States, or Master of Design at Harvard University. Her studies will explore the most advanced approaches to society and technology.

“I am applying to them both. Either way, MIT and Harvard are both based in Cambridge, MA so I will be moving there and hopefully commencing study in September 2020,” said Ms Hughes, who consults QUT staff on integrating creative technology into education. 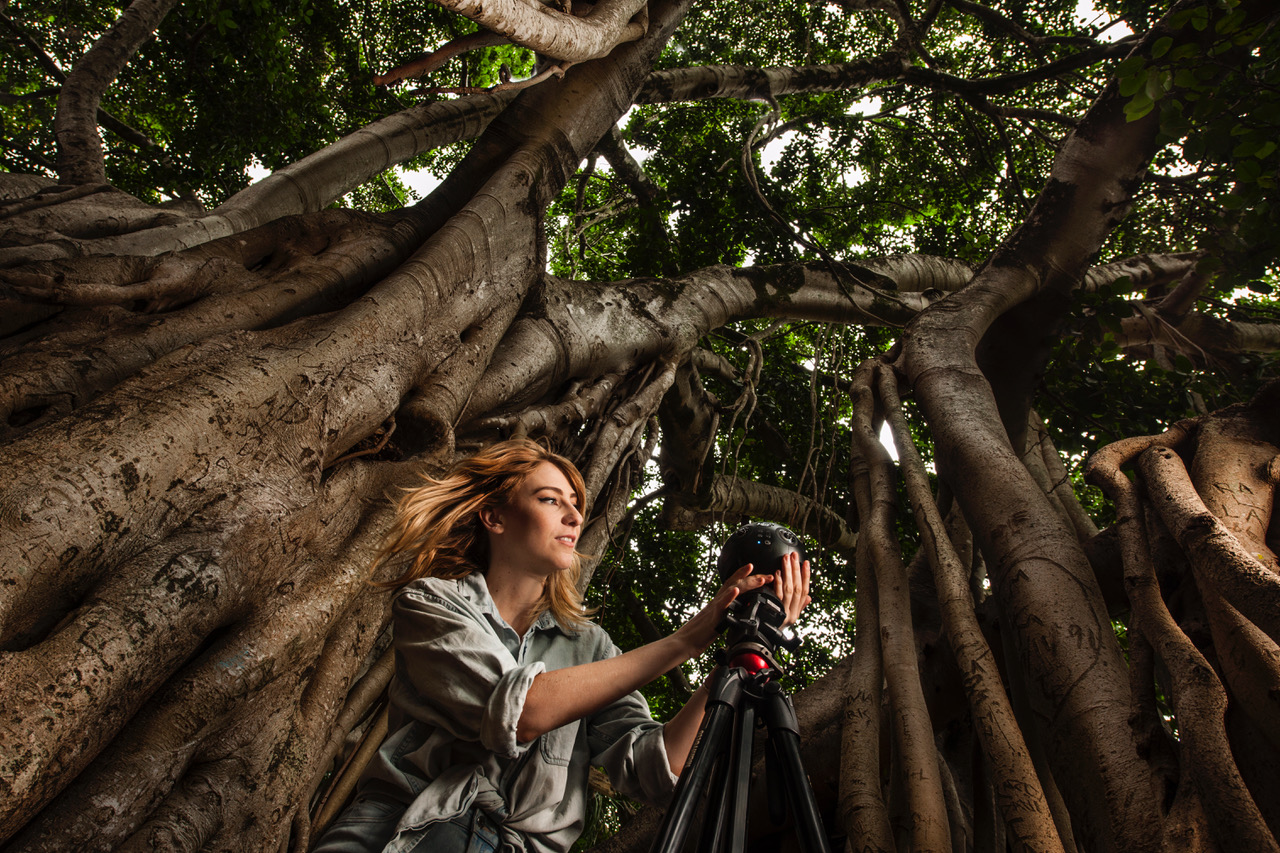 “My main focus is on the cross-intersection of design, technology, art and strategy for social innovation. I am aiming to lead the design of systems, media, and tools to improve the livelihood of Australians, and others, through creative innovation and emerging technology.”

From the Sundance Film Festival, to Marche Du Film Festival De Cannes, to London’s Tate Modern, Ms Hughes has exhibited among the most respected festivals, galleries and organisations in the world. She has practiced in New York, Los Angeles and London, through to Borneo and Guatemala.

Ms Hughes was brought on by QUT in 2019 as a Creative Industries Faculty Advisory Committee Member for the university to further inform the development of the strategic plan for the faculty.

The Sir John Monash Scholarship is Australia's most prestigious postgraduate scholarship, and is the latest in a string of accolades. Ms Hughes used a Churchill Fellowship to travel earlier this year to Canada, the USA, and Germany to investigate how VR story-telling can be a powerful tool for not-for-profit organisations.

Her resulting report can now be viewed online and provides a detailed how-to guide for VR storytelling for not-for-profits - from story structure, to production and distribution, and how to maximise return on investment.

“There is so much competition for the charity dollar these days and people are getting jaded. Whether transporting a donor to a rainforest with orang-utans in danger of losing their habitat, or a village in Central America to explain the reality of energy poverty, VR offers an immersive way to create empathy as well as educate and mobilise people.”

Prior to moving to Cambridge, Ms Hughes will be working with the University of Auckland on research projects relating to the sustainable development goals and leading the creation of an interactive art installation. She also has her new company to grow - Sprout Records Inc, an emerging technology record label for data-driven A&R.

Sprout Records Inc. is the result of a 48 hour hackathon hosted by SXSW (South by Southwest) that Ms Hughes attended earlier this year while in Austin, Texas on her Churchill Fellowship.

“The hackathon, sponsored by a handful of leading music tech companies, sought innovative solutions to the shifts happening in the music industry thanks to the rise of online platforms, streaming and digitalisation,” she said.

“Viral videos reach millions so I saw this as an opportunity to use data analytics to scout for the next upcoming star, to find them just as they’re taking off, and to be the first to swoop in and sign them to a label.”

Ms Hughes teamed up with another hacker and they pitched their concept along with a rough prototype.

“The VP of Innovation of Universal Music Group was in the audience and we were invited to meet with high-level music executives in Los Angeles. We’ve since incorporated our company and received $50,000 USD in pre-seed investment to further develop our MVP, using big data for automated talent scouting,” she said.

Ms Hughes has also developed innovative media works all over the world for Oculus, Adobe and others, as well as worked in the not-for-profit sector for the past five years, driving fundraising efforts for both national and international non-profits.

“MIT Media Lab’s ethos is ‘Working to invent the future’, and that’s exactly what I intend to do,” said Ms Hughes.