The Agency of Human-Robotic Lunatics 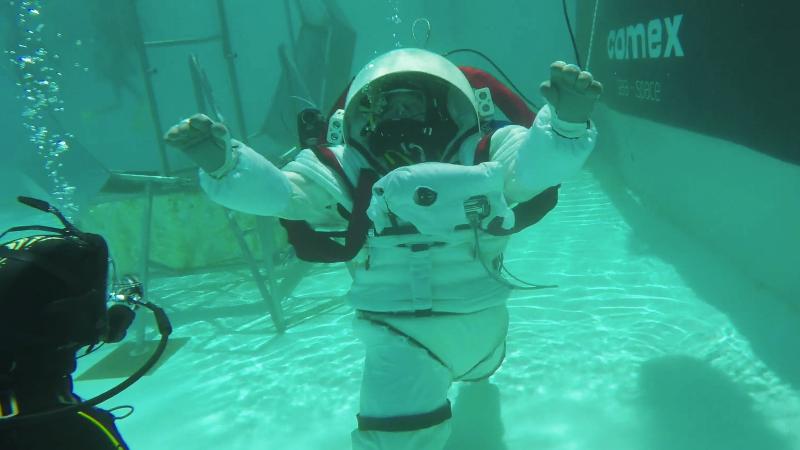 Aeronautical and space developments are no exception and like other areas of human endeavour we are witnessing the increased use of robots as the technological tools for humans to make our visions of the future a reality. Remembering that you can architect the future, what lunatic ideas can we conceive, believe and achieve?

The Agency of Human-Robotic Lunatics is a live event featuring Artist-Astronaut, Dr. Sarah Jane Pell. Through the use of a recently developed autonomous subject tracking robotic camera system, the Cinema Swarm, we see Pell's live performance blend with VR mapping of historical lunar imaging data, and augmented reality artefacts from a real spacewalk simulation on earth called Project Moonwalk. Project Moonwalk develops and tests technologies and training procedures for future missions to the Moon and Mars*.

This performance builds a future survival tool kit by creating experimental scenarios where the art of the future can be enacted. It demonstrates how creativity may be leveraged in the extreme natural and technologically mediated environments of space and space simulations on earth and examines the exchange between human and autonomous systems.

This project collaboration is between artists Dr. Sarah Jane Pell and Jaymis commissioned by Robotronica, QUT. Support received from: the Australian Government through the Australia Council, its arts funding and advisory body. Special thanks to: Project Moonwalk EU.

Dr. Sarah Jane Pell (AU) is an extreme performance artist combining astronautics, occupational diving, HCI media design, biotechnology, body performance and exploration. Best known for pioneering "aquabatics", she has exhibited and performed international since 1997 – usually underwater, in laboratories or museums. Her work promotes physical conditioning, creative visualisation and communication to embody, and critique the aesthetics of care and operation in sea-space exploration and discovery. Pell is an experienced Simulation Astronaut and the first artist-astronaut candidate assigned to a Suborbital Spaceflight Mission. She is a TED Fellow, Gifted Citizen Prize (Hon Mention) and Australia Council Fellow in Experimental and Emerging Arts.

James Loveday (AU) or the artist known as Jaymis is a video director and creative technologist. His label pushes the dimensions of VFX in video and live performances by mixing virtual reality, robots, cameras, 3D printers, music, electronics, computer gaming, programming, lighting, animation, and explosions for clients including Ars Electronica FutureLab, Brisbane Powerhouse and Airbus. He is a live VJ artist for bands 7bit Hero and Nonsemble and the developer of Cinema Swarm: the Autonomous Subject Tracking Robotic Camera System.