Robots, Ethics, and Intimacy: the need for scientific research 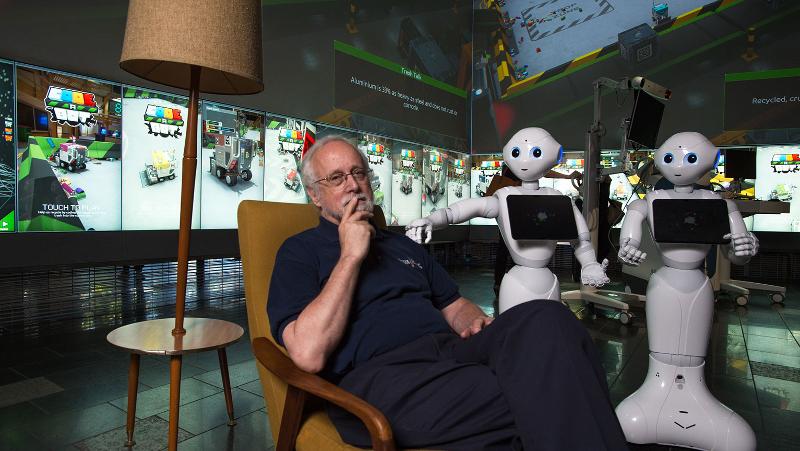 Market forces and customer demand are driving the creation of robots where humans are forming strong emotional attachments. In this keynote, Georgia Tech's Professor Ron Arkin will discuss the emerging field of intimate robotics and argues that prior to the technology becoming fully actualised we need research and debate on what effects the technology may have on users and society. Dr Kate Devitt (QUT Faculty of Law) responds to these developments with consideration of the ethical concerns at play in this new technological frontier.

Professor Ronald C. Arkin received the B.S. Degree from the University of Michigan, the M.S. Degree from Stevens Institute of Technology, and a Ph.D. in Computer Science from the University of Massachusetts, Amherst in 1987. He then assumed the position of Assistant Professor in the College of Computing at the Georgia Institute of Technology where he now holds the rank of Regents' Professor and is the Director of the Mobile Robot Laboratory. He also serves as the Associate Dean for Research and Space Planning in the College of Computing at Georgia Tech since October 2008. During 1997-98, Professor Arkin served as STINT visiting Professor at the Centre for Autonomous Systems at the Royal Institute of Technology (KTH) in Stockholm, Sweden. From June-September 2005, Prof. Arkin held a Sabbatical Chair at the Sony Intelligence Dynamics Laboratory in Tokyo, Japan and then served as a member of the Robotics and Artificial Intelligence Group at LAAS/CNRS in Toulouse, France from October 2005-August 2006.

Dr Kate Devitt has a PhD in philosophy and graduate certificate in cognitive science from Rutgers, The State University of New Jersey. She is a Research Fellow in Robotics and Autonomous Systems in the School of Electrical Engineering and Computer Science in the Faculty of Science and Engineering and Research Associate for the Faculty of Law, Queensland University of Technology (QUT). She is Chief Investigator building and evaluating a strategic decision support system for evidence-based innovation for a global online travel agency. Kate is a member of the Leadership team of the IntelliSensing Enabling Platform and a postdoctoral fellow in cognitive decision science for the Institute for Future Environments, QUT. She researches the ethics and rationality of autonomous and decision support systems.