Treasure every moment: Yolngu filmmaker continues her journey at QUT Two years ago Siena Stubbs found herself on a bullet train in Japan, contemplating how her life seemed to also be on a pre-determined path, speeding into adulthood.

She was on a Year 12 school trip, and worried about leaving school, finishing her childhood and potentially moving away from her family and small community of Yirrkala in north-east Arnhem Land.

But this year, after a gap year, the young photographer and filmmaker journeyed from the Northern Territory to Queensland to follow her passion for capturing moments and start university at QUT.

She is now seven months into her new Brisbane life and her Bachelor of Fine Arts (majoring in film, screen and new media) and chasing her ambition to be a female First Nations director.

Before even starting uni, the 19-year-old Yolngu woman had published her own photography book, and created an award-winning short film, Shinkansen, that captured her feelings about being on the brink of adulthood.

The three-minute film was shot during her school trip with Nhulunbuy High School in 2019, won the multimedia category of the 2020 National Aboriginal and Torres Strait Islander Art Awards, and screened at the 2021 Aspen Shortsfest in Colorado.

Siena said embracing adulthood and moving away from her family and community had been a massive step.

“I knew it was going to be very hard, but I’ve now transitioned to a great place mentally,” Siena said.

“I came back from holidays after my first semester of uni and realised I’m at a stage now where I can say: This is my place, those are my friends, and these are my teachers who care about me.

“Growing up as Yolngu, the system of kinship is so important – you know your relationship to everyone in the community and everyone looks after each other.  So leaving that structure for a place with two million people who are strangers is scary.

“But I’m really lucky to have moved into student accommodation where I have four other flatmates.  And QUT’s Oodgeroo Unit has been really lovely – they understand that feeling of connection.

“I’m so glad I came to uni – it’s so much fun.  This is definitely something great for young people to do when they leave school, even though it’s the scariest thing in the world.  It’s amazing learning from our tutors and lecturers each day.”

Siena’s interest in photography started via an iPad when she was 12, and her aunt later gave her a digital SLR camera.

“One of things I really think about is not losing moments and memories,” she said.

“But I’ve realised you can only capture so much through photos … With film, you can catch sound and feelings and emotions, as well as the visual elements of a place.”

Siena visited QUT and the Oodgeroo Unit while in Year 12 as part of a Stars Foundation trip to Queensland to explore future opportunities.

She said her parents had always been very supportive of her photography and filmmaking and encouraged her to go to uni.

Her dad, Will Stubbs, is a former lawyer who runs Yirrkala’s famous Buku-Larrgay Mulka Art Centre and her mum, Merrkiyawuy Ganambarr-Stubbs, is co-principal of Yirrkala School.

Siena originally enrolled to study communication at QUT but switched to film after a gap year working at the art centre on The Mulka Project, which reinforced her love of film.

She said she believed in opportunities happening organically, so was open to where her career would take her.

“The thing that I know now is that I’ve found myself naturally in these amazing opportunities … I follow my natural creative instincts, and then amazing things happen,” she said.

“I know I’ll definitely go home in the end – maybe I’ll create a media company telling the story of my people and helping them tell their stories.

“If you follow your instincts and follow your heart you find you’re happy with whatever you’re doing … and you might even earn some income at the same time.” 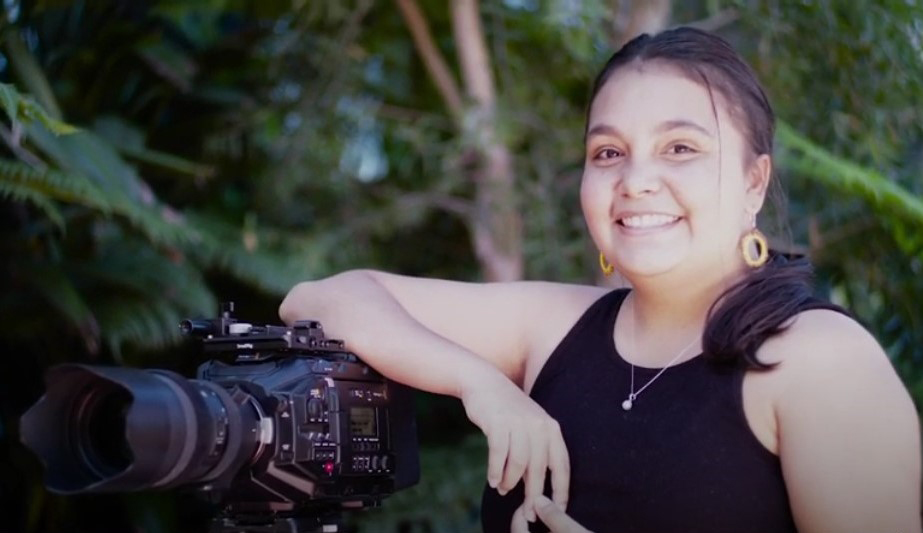 Double your chances: Entrepreneurs back scholarships for QUT students

Are you a Year 12 student destined for life as an entrepreneur? QUT is doubling its number of Budding Entrepreneur Scholarships on offer for 2022, thanks to a group of Queensland entrepreneurs and companies who are backing the next generation of talent.