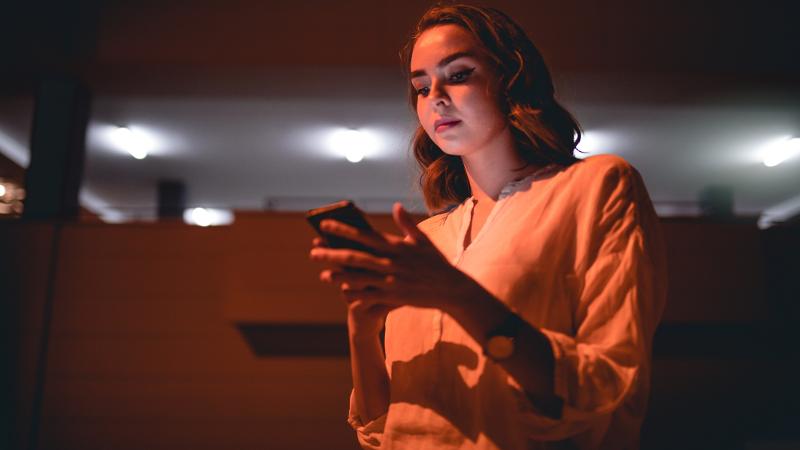 Domestic violence remains one of the most pressing social issues for Australia. Our justice systems have a crucial role to play in preventing technology-facilitated violence as well as safeguarding and empowering survivors.

QUT Senior Lecturer Dr Bridget Harris is a recipient of the 2020 Australian Research Council (ARC) Discovery Early Career Researcher Award (DECRA). This award will fund a three-year study into domestic violence and the emerging use of digital technology to enact and escalate abuse and stalking.

Technology-facilitated domestic violence threatens safety, psychological, emotional and physical wellbeing and signifies a risk of homicide. The project will investigate existing responses to and regulation of technology-facilitated domestic violence, with the aim of providing evidence to enhance and develop innovative policing and judicial policy, protect and empower survivors and prevent violence.

This is an urgent issue; in Australia police attend hundreds of domestic violence incidents every day and approximately one woman is killed each week by her current or former partner. Abusive and obsessive contact and stalking via technology has been identified as an emerging trend across domestic and family violence homicide and filicide cases. Smart phones, tracking apps, and social media are increasingly being used to stalk and coerce intimate partners.

When it comes to responding to technology-facilitated violence, Australia is a world leader, with government and non-government organisations like eSafety and WESNET paving the way forward for domestic violence victims to have safer experiences online, help identify problem behaviour, and provide resources for escaping harm. However, Bridget says we need to ensure advocates and practitioners are supported and funded for the critical work they do.

Recently, the NSW Death Review Team found abusers stalked victims in 39% of cases, prior to the final assault, noting over 50% of cases included the abuser using technology to stalk the victim, send persistent text messaging, check the victim’s phone, and relentlessly engaging or attempting to engage with the victim on social media.

“Stalking, as well as obsessive behaviours and coercive and controlling behaviours, are homicide flags, and this can be detected through technology. Technology can provide key information and evidence to prevent fatal violence.”

Perpetrators using technology isn’t a new phenomenon, “Technology is just another tool. The difference is, technology is not bound by geography, it has this spaceless element, so you can be constantly affected by it. Digital media and devices are increasingly used by domestic and family violence perpetrators to coerce, control and entrap," Dr Harris said.

Behaviours facilitated through technology are inextricably connected to other forms of harm. “A lot of survivors get told to stop using technology, which is not only impractical, but can escalate risk and further isolate them. Survivors use technology to connect with their support networks, access resources and get information that can be crucial to maintaining their freedom from abuse. The project will also be investigating how technology can be used to make it safer for victims and survivors of domestic violence,” Dr Harris said.

Dr Bridget Harris is also interested in harnessing technology to address domestic violence. She has been working alongside Dr Claire Ferguson to develop virtual reality (VR) training opportunities for police as scenario-based training. “Domestic violence is very complex and you are often looking for patterns of behaviours, not isolated incidences. It can be very challenging to understand and recognise the nuances, features and impacts of abuse, which makes consistent on-the-job training harder to provide. We are interested in how VR simulations and other technologies can help not only police, but courts and magistrates better understand the dynamics of family violence." “To respond to tech-facilitated violence we must understand what domestic violence looks like; the dynamics of abusive relationships, how coercive and controlling behaviours manifest, and the impact and effects of harm. There can be a lot of focus on the physical violence but there are other elements too such as financial, psychological, emotional and technology-facilitated abuse, for example. Pets and children can often be targeted. It’s not a matter of addressing isolated acts, but the patterns of behaviour that makes the other person feel powerless, that entraps someone so they don’t have their own freedom.”

Justice systems have a crucial role to play in preventing technology-facilitated violence and safeguarding and empowering survivors. This project seeks to assess existing State responses to and regulation of such harms. It expects to provide an evidence base to enhance and develop innovative policing and judicial policy and practice, with benefits to communities and economies.

The project will engage survivors, advocates, and justice practitioners such as police and magistates, through surveys and interviews in urban and non-urban areas. It is key to consider different places and spaces, as rates of violence are, in many locations, much higher in rural areas, and so too are the barriers to accessing assistance.

“The presentation and impact of technology-facilitated violence and domestic violence more broadly must be recognised. I hope that my project helps support and evidence responses and the incredible work of advocates and practitioners working in this space.”

Dr Bridget Harris says that while there has been research on domestic violence victims, survivors, and perpetrators over the years, this project will have a new focus on the police and courts responses to violence. She says we must ask, “How might our justice system, police, magistrates, and judges be able to use technology to better identify and respond to domestic violence?” She will also consider reforms outside of the justice system, including in the primary prevention and tech industry spaces and how they might address and reduce domestic violence.

In March Bridget will be speaking about her work at the 2021 United Nations Commission on the Status of Women.

For more information on the project visit the QUT Centre for Justice website.