No genetic link between male pattern baldness and COVID-19 severity 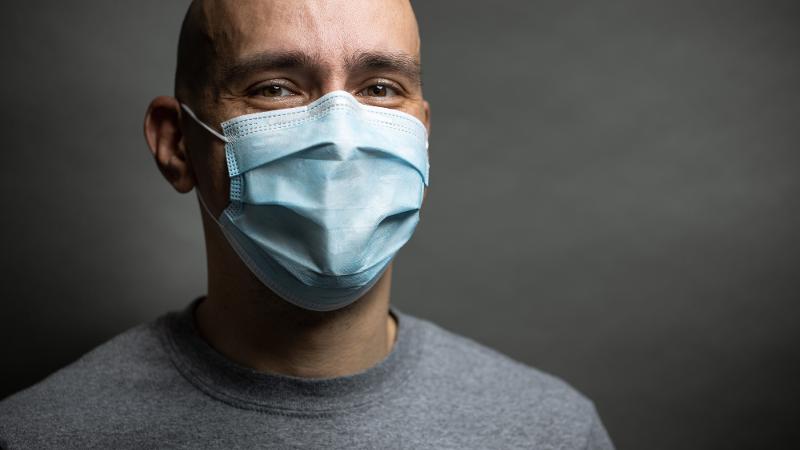 QUT researchers analysed large genetic datasets and found no correlation between male pattern baldness (MPB) and the severity of COVID-19 symptoms as has been found in previous studies elsewhere.

Professor Dale Nyholt, Adjunct Professor Nicholas Martin and PhD candidate Hamzeh Tanha from the QUT School of Biomedical Sciences and QUT Centre for Genomics and Personalised Health, and Professor Sarah Medland from the QIMR Berghofer Medical Research Institute published findings in the Journal of the American Academy of Dermatology.

Professor Nyholt said recent studies suggested men with baldness were at higher risk of severe COVID-19 symptoms because androgens—male sex hormones like testosterone—played a role in MPB and were also relevant to both SARS-CoV-2 infection and COVID-19 disease presentation.

“We were mainly interested in whether risk for male pattern baldness increased risk of severe COVID-19 but found no evidence after analysing genetic risk factors across chromosomes 1-22,” he said.

Professor Nyholt said, although not included in the report, the researchers also examined the X-chromosome where the androgen receptor gene was located but did not find evidence of a genetic correlation there either.

“The androgen receptor on the X-chromosome is one of the key risk factors for male pattern baldness, but the condition is very polygenic, meaning it has hundreds of small genetic risk factors spread across the genome,” he said.

Although researchers found no evidence for significant shared genetic affects between MPB and COVID-19 phenotypes, Professor Nyholt said it is possible that some specific genes, including those on the X-chromosome, could contribute to risk of both conditions.

Mr Tanha said the researchers used genetic data as a proxy measure of risks because there had been no controlled trials to study the link between MPB and COVID-19 severity to date.

He said the researchers looked for shared links between MPB traits (no balding, vertex, crown, crown plus vertex balding) and COVID-19 traits (positive, hospitalised, severe) in large genetic datasets for MPB and COVID-19 of European ancestry.

“Early reports out of Europe were telling us a higher number of elderly men with a lot of hair loss were dying from severe COVID-19 symptoms,” Mr Tanha said.

“Studies had found androgens regulated SARS-COV-2 receptor levels and that was then associated with severe COVID-19 symptoms in men.

“If true, male sex hormones placed men at more risk than women and children, who generally produce less of those androgens.

“The higher severity of symptoms was likely a coincidence, as hair loss and other age- or sex-related factors are common in elderly men, and the confounding effects could make something look like an association when it's not,” he said.