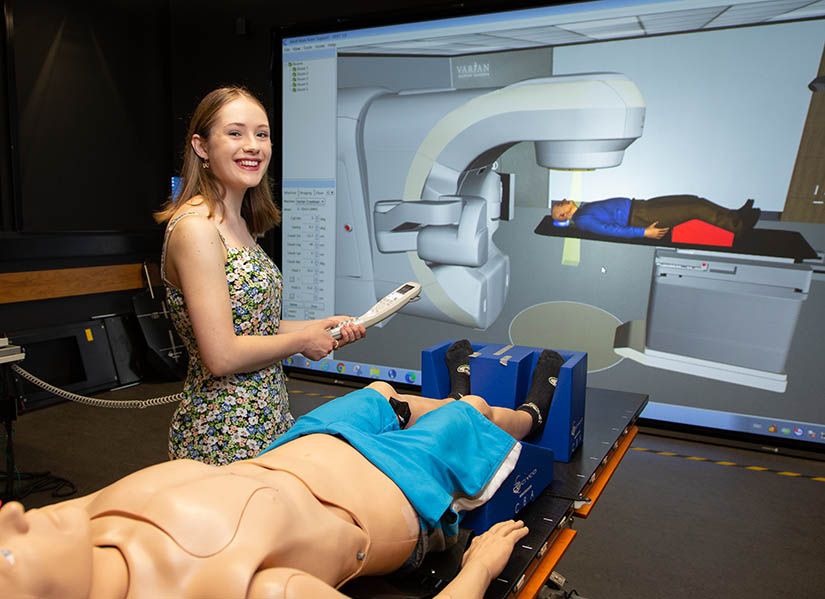 Natalie Peck shares her experience of being a radiation therapy student.

I chose this degree as I have always been passionate about the health sciences and was attracted by the balance of technology and patient care that the course offers. My goal is to work as part of a professional team and make a difference in people’s lives as a qualified radiation therapist.

Within this course I’ve particularly enjoyed learning how to operate a linear accelerator. This is the main machine used to treat tumours in cancer patients using external beams of radiation. As a linear accelerator is worth millions of dollars and radiation beams are high risk, this training is undertaken through simulations in the QUT virtual environment of a treatment room also known as the VERT rooms. I found it amazing that from Q block at the gardens point campus I could do everything that is done in a typical hospital treatment room.

So far, I have undertaken one placement, where I spent the week doing shifts at a major hospital in Brisbane. I recommend choosing a course with practical experience, as it was during this period that I determined that this was what I want my long-term career to be. I feel that hands-on experiences are where a lot of learning takes place. 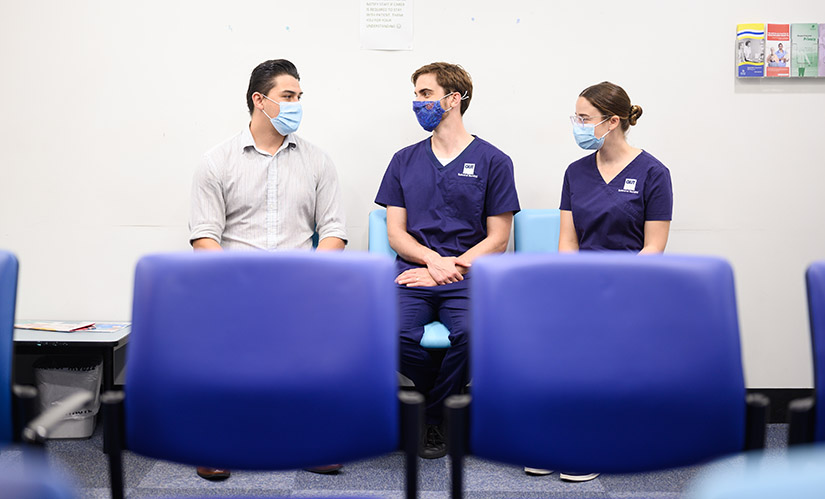 I chose QUT as it is one of the few universities in Qld that offers this course. I was also fortunate enough to receive a QUT Excellence Scholarship which was pivotal in my decision to study at QUT.

As an academic excellence scholarship recipient, I was invited to join the QUT College of Excellence. Prior to orientation week, I attended a three-day camp organised by the College of Excellence at Noosa North Shore. This was an invaluable experience for me, I formed many new friendships with people outside of my study area. As a result, starting university did not seem as daunting anymore. When attending orientation week, I already could identify some familiar faces. Orientation week was also a highlight for me. As well as receiving free merchandise, I enjoyed choosing which societies I would sign up for. I ended up joining the Medical Imaging and Radiation Therapy Club, the Math’s Society, the Quidditch Club, and the Bubble Tea Society. Being part of clubs and societies has helped me to maintain that important balance between study and life, as this was something I really did struggle with at first. During first year I’ve attended board game nights as well as trivia nights, a ball, and meet and greet sessions where club members just eat food and socialise.

Virtual tour of the VERT facilities