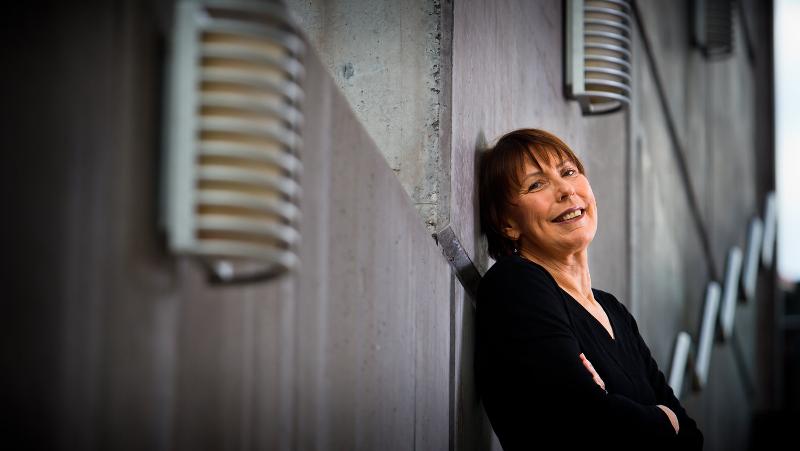 Professor Gayle Kerr from QUT’s School of Advertising, Marketing, and Public Relations has been honoured with the Inaugural Don Schultz Award for Innovation in Teaching, Theory and Practice of Integrated Marketing Communication (IMC).

The prestigious international award recognises university faculty and marketing professionals who have demonstrated excellence in teaching the principles of integrated marketing communications (IMC) and bridging the gap between the academic and commercial arenas.

"We considered several candidates who have made great contributions as scholars, as practitioners, or as educators,” said Medill Assistant Professor Judy Franks, who sat on the selection committee.

“Like Don himself, Gayle Kerr embodies all three qualities. We celebrate her body of scholarship, her collaboration on important work in both the academy and industry and her tireless efforts to inspire the next generation.”

The award is named for long-time Medill Professor Don Schultz, regarded internationally as the ‘father of IMC’. Schultz, who died in 2020, established the IMC department at Medill in the early 1990s, making it the first school to offer a graduate degree in the field in the United States.

“He wanted this award to celebrate those who make a classroom come alive, ignite passion in their students, and challenge them to think beyond the accepted theories and practices of the moment. Gayle Kerr carries on Don’s legacy with her dynamic, innovative, and forward-looking teaching approach and well deserves to be the first recipient of the Schultz award.”

Professor Kerr said the award had a special connection to QUT.

“Don Schultz was an adjunct professor at QUT for many years. He also founded the discipline of IMC in which QUT is a national leader,” said Professor Kerr who receives a cash prize of $5,000 and will give a presentation of her work at Medill in June.

“Don has always been a part of my academic life, from examining my PhD thesis to working on research together, to presenting at conferences, to inspiring my students.

“I learned so much from Don and tried my best because of him. Winning an award from such a prestigious institution as Northwestern Medill is an exceptional honour but winning an award in the name of someone who set the trajectory of my career feels like Don’s final endorsement.”

IMC is defined as the process used to combine marketing communication elements, such as public relations, social media, audience analytics, business development principles, and advertising, into a brand identity that remains consistent across distinct media channels.

The award is the latest in a long line of achievements by Professor Kerr, whose current projects include developing a global model of advertising self-regulation for the digital world, and understanding how people engage and avoid paid, earned and owned media.

As a teacher, Professor Kerr has introduced many innovations including the first postgraduate Advertising and IMC courses in Australia and the first advertising digital units at both undergraduate and postgraduate level.

In 2016, the former advertising copywriter turned academic was awarded Australia’s highest university teaching Award, the AAUT Teaching Excellence Award. This was followed in 2017 by the QUT Vice-Chancellor’s Award for Excellence. Professor Kerr is also the only non-US teacher to win the prestigious American Academy of Advertising Billy I. Ross Award for Education.