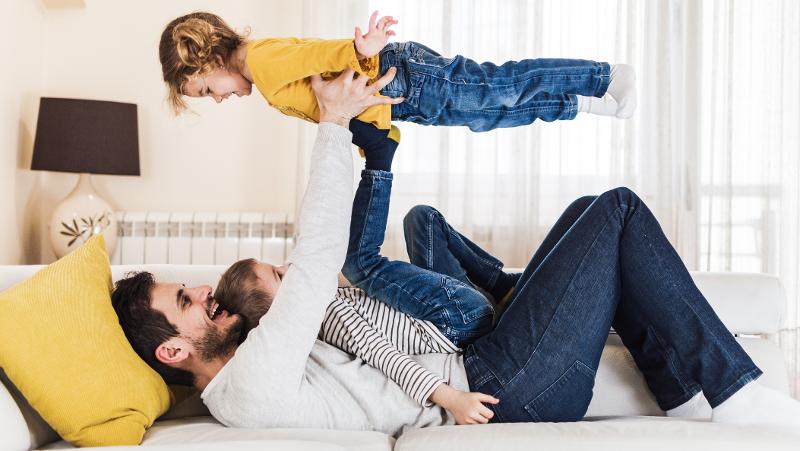 Father’s Day this Sunday is set to deliver an $800 million spending boom but analysis indicates we consistently spend less on dad than mum, says a researcher from the QUT’s School of Advertising, Marketing and PR.

We are also less inclined to pamper fathers and the reasons are tied up with definitions of masculinity and gender roles that begin in childhood. But Queensland dads who do receive a gift will have more spent on them than those in other states.

Professor Gary Mortimer said research by the Australian Retailers Association (ARA) and Roy Morgan calculated people planned to spend on average $93 on dad this year, about 10% less than we normally spend on mum. In contrast, Finder.com research earlier this year found Australians on average spent about $102 on their mum for Mother’s Day.

Professor Mortimer said similar results were evident in the US, where the National Retail Federation (NRF) found Americans spent more on ‘mom’ - US$25 billion dollars compared to US$16 billion on dad.

“The other interesting statistic is that we appear less inclined to celebrate dad. Here in Australia, only about 40% of people (+18 years) plan to buy a gift for dad this year,” said Professor Mortimer.

“Similarly, in the US, the NRF found 76% of people plan to celebrate Father's Day, compared to 84% who celebrated Mother's Day.

“NSW and Victorian dads are more likely to get a gift. However, Tassie dads shouldn’t hold their breath with the research showing over 70% of people there don’t plan to buy a gift at all this year.”

“Studies conducted over the past 50 years suggest gender differences in relation to gift exchanges can be attributed to differences in the ways males and females experience their early social environment, an environment viewed as largely dominated by females who carry the primary responsibility for early childcare,” he said.

“Genevieve Vaughan writes extensively about the ‘gift economy’, with her most recent book being The Maternal Roots of the Gift Economy (2019). Her paper Mother sense and the image schema of the gift (Semiotica 2013) supports the view that defines masculinity as ‘separation’ or ‘individuation’ and femininity as ‘attachment’ or ‘relationship’.

“Fathers can also be their own worst enemy. How many times has your dad responded, ‘Oh, I don’t need anything’, when asked what they would like for Father’s Day.

“The ARA/Roy Morgan data shows daughters (47%) are more inclined to buy dad a gift this year, compared to sons (34%). This is not surprising given the more prominent role of women in gift giving.

“As for which dads will win big this Father’s Day, research indicates Queenslander’s are set to spend about $112 on dad this year. South Australian dads, meanwhile, should only expect half that amount spent on gifts for them.”