Women economists are critical for our economic future 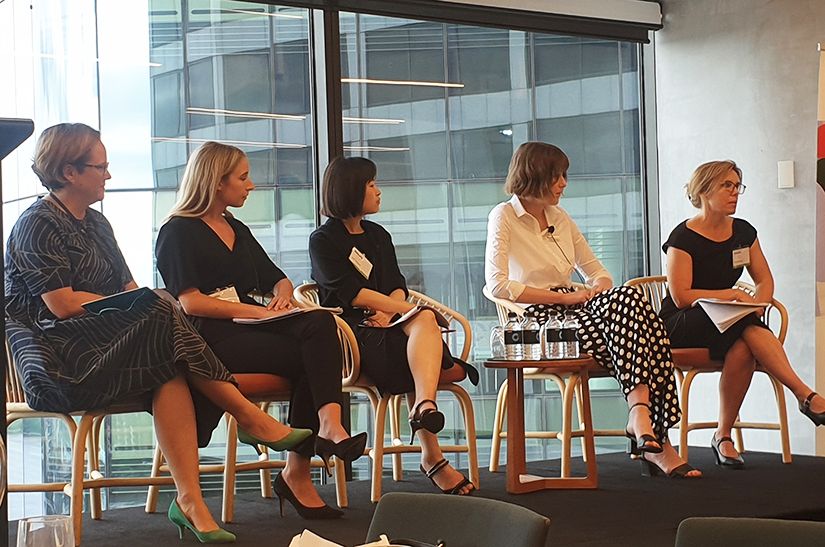 Something extraordinary occurred in Brisbane last month. I was invited to sit on the panel to discuss the Deloitte Access Economics report “At what price? The economic, social and icon value of the Great Barrier Reef” with four of the economists who authored the report – Kelly Heaton; Claire Atkinson, also a QUT Business School alumnus who majored in Economics; Emily Hayward and Mai Nguyen.

But what was so extraordinary about this?

There were some pretty extraordinary figures banded around by the panel. From the Great Barriers Reef’s (GBR) $6.4 billion in value added per annum to the Australian economy, to the 64,000 jobs from tourism activities fishing, recreational and scientific activities associated with the GBR, to the estimate of the economic, social and icon asset value of the GBR … $56m if you’re wondering. It was a timely reminder of the contribution of the GBR to both the economy and society, and what could be potentially lost without well-considered policy action.

Whilst the discussion of the GBR’s economic value was compelling in its own right, this was not the “extraordinary” I am referring to.

What was extraordinary was that five women economists sat together to discuss a major economic issue. This was my first experience working exclusively with an all-women group of economists in my 27-year career. I am hopeful that it will also be the first of many opportunities to work with all female economists again in the future.

But what are the chances of this?

Male economists dominate the economics profession in both the public and private sector. It is also a pattern observed in current student cohorts studying economics at university. There are roughly twice as many male economic students compared with females. As noted by Luci Ellis, Assistant Governor (Economics), Reserve Bank of Australia these trends in the early breeding grounds of future economists will only accentuate economics as a male dominated field in the future.

There is a fine irony that economics has a gender balance problem. It has long been recognised by economists that gender equity is good for the economy. The benefit of successful policies to empower women to participate equally in the global economy could be the addition of $28 trillion to global GDP growth by 2025.

But gender equity within the economics profession may not seem the most pressing of concerns for economists to be focusing on. Shouldn’t economists’ attention be focused on grappling with policies to address climate change, aging population, rising household debt and wage stagnation? Of course, these are undeniably important issues. But there is, to use an economics term, an opportunity cost of not striving for gender equity within the profession.

Gender inequity amongst economists has serious implications for the broader economy. The cornerstone of good policy decision-making, the bread and butter of economics, is better realised when the population of economists are broadly representative of society. Ultimately, gender balance has a very real payoff, for both society, business and the economy.

Consequently, there is growing global concern about the lack of women in economics. And the concern parties include some pretty big names: Reserve Bank of Australia, Federal Reserve Bank and Bank of England amongst others.

Women economists, through organisations such as Women in Economics Network (WEN) of the Economics Society of Australia, are also proactive in raising the profile of the discipline to grow the next generation of women economists. The WEN Queensland branch were the organisers of the local Brisbane event on the “Economic, Social and Icon Value of the Great Barrier Reef” hosted by Deloitte Access Economics, that I was invited to speak at last month.

My extraordinary experience last month has left me reflecting on the future of economics. However, I am an optimist. This is not often consider a characteristic of “the dismal science” (a colloquialism used to describe economics). But, I think that this is a label that economics does not deserve. I was reminded of this as I watched the amazing women economists address the National Press Club on issues from economic forecasting to the impact of the budget on young people. The push for gender diversity in economics will ensure that economics can deliver on its actual core value, the maximisation of welfare for everyone – and that is not a dismal outcome at all.

To this end, I would urge any current or emerging female economists to join the Women in Economics Network and ensure that economics can deliver both extraordinary and happy endings for everyone.