The gamification of health 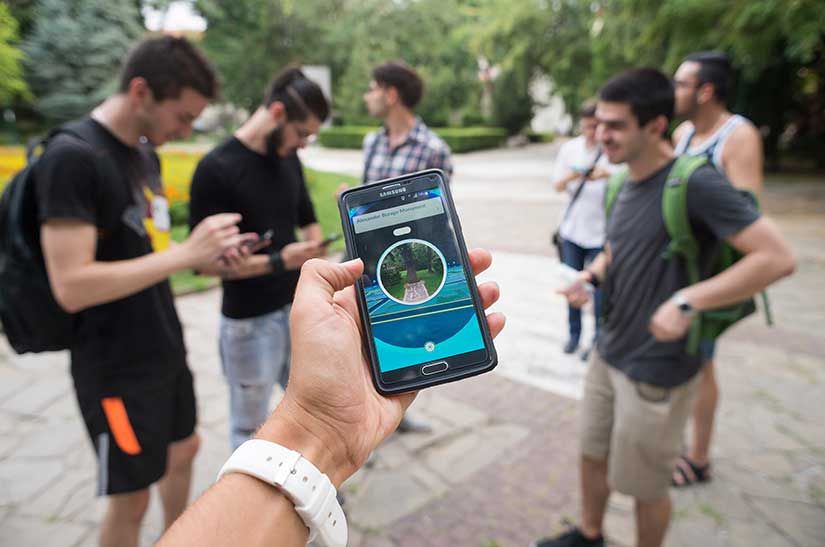 She is walking to catch Pokémon.

This woman is not alone. Research suggests that the popular game Pokémon Go might be increasing its user’s physical activity by more than 25%. Most impressively, unlike most other health apps it can achieve this improvement even in low activity populations.

But this app wasn’t created to boost exercise rates or improve public health. The game was a chance collaboration between Nintendo and Niantic on the back of a Google Maps April Fools joke.

In fact, the lack of an obvious health motive might just be what allows Pokémon Go to be as effective as it is in promoting exercise in low activity populations. One of the biggest challenges facing Mobile Health (M-Health) interventions is maintaining engagement in users who are not motivated or committed to change health behaviour. By creating an entirely separate motivation (the motivation to catch Pokémon), Pokémon Go does not need its users to want to improve their health. The app provides all the motivation a user will need through game design.

How to make healthy fun

While it was not designed as such, Pokémon Go could be considered as a successful example of Gamification, or the use of game design in a non-game context such as exercise. Enriching a behaviour with game features like point scoring, customisable virtual avatars and interactive narrative can fulfil a user’s needs for Autonomy (agency), Competency (control over outcomes) and Relatedness (meaningful connection). This, in turn, drives user engagement, making the augmented behaviour more fun and fulfilling.

It is not enough to just add game design elements, however; these features have to be integrated successfully. Just as no one would play a game that just awarded points every time you clicked your mouse, no one is going to engage in behaviour just to receive virtual and arbitrary point rewards. Indeed, research into the gamification of the classroom suggests that the improper use of gamification can be perceived as controlling, undermining positive outcomes. Points might not be seen as rewards for positive behaviour, but rather an impersonal tracking metric used to unfairly judge individual users.

User experience should, therefore, always be the design goal. The gamification of health should be informed more by successful apps such as Pokémon Go and Zombies Run than the addition of point scoring to existing health services. The future of M-Health is an exciting one, with the use of GPS and gyroscopic data making both the tracking of health behaviour and the enrichment of that behaviour through augmented reality more accessible to health care providers and advocates than ever.

By taking advantage of the lessons learned by the game industry, health services can realise the behavioural benefits of gamification and revolutionise the way that users engage with their own health.

Join us on Tuesday 25 September 2018 for the Australasian Symposium on Health Communication, Advertising, and Marketing. Robert Mitchell will be speaking on “The gamification of health: how health service can up its game”.

PhD Candidate at QUT, hosted by the School of Advertising, Marketing and Public Relations. Research specialty is in the gamification of marketing.