Smell like a woman, not a rose’: Chanel No. 5 100 years on, an iconic fragrance born from an orphanage 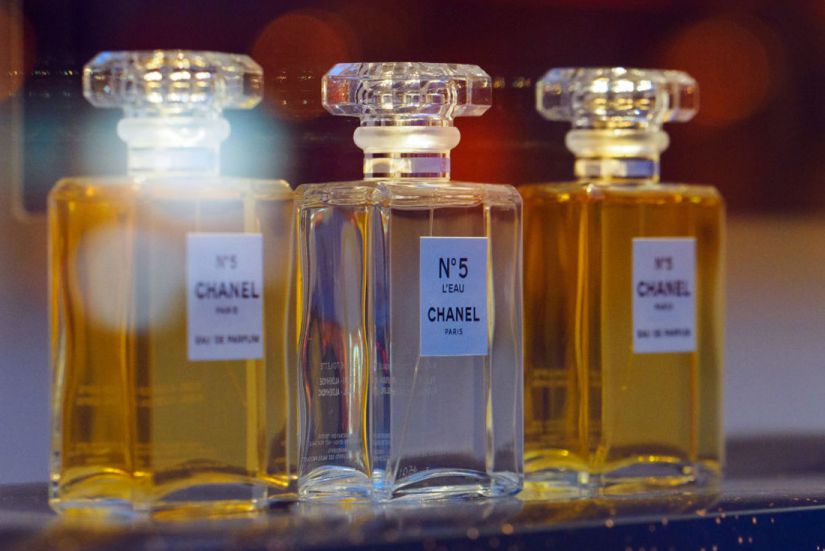 When Marilyn Monroe was asked, “What do you wear to bed?”, she famously replied, “Just a few drops of No. 5″.

Monroe was perhaps the most famous fan of the French perfume celebrating its 100th birthday next month. Since it was launched by Coco Chanel  on May 5, 1921, Chanel No.5 has endured in popularity. Indeed, in 2019 an estimated 1.92 millon women purchased a bottle in Great Britain alone.

Already a successful fashion designer and businesswoman, Chanel became an icon at a time when women were mostly employed in agricultural or domestic duties. She trained as a seamstress, later working as a shop girl and cafe singer, and in 1910, opened her hat shop Chanel Modes at Number 21 rue Cambon, in the centre of Paris.

By 1913, she had opened stores in the resort towns of Deauville and Biarritz, selling hats and a limited line of garments.

Having been raised by nuns in an orphanage, the perfume she went on to create was inspired by their cleanliness and stark simplicity.

Chanel was born Gabrielle Bonheur Chanel, on August 19, 1883 in Saumur, France. After her mother died, Chanel was sent at the age of 12 to the Abbey of Aubazine Orphanage in Corrèze.

According to her biographers, her company logo, her signature colour of black, her minimalist style and, indeed, the number five (as one story has it, she would cross a series of five paths that led to the cathedral for daily prayer) were all inspired by life in Aubazine.

During the summer of 1920, on holiday on the Cote d'Azur, Chanel learned of a sophisticated perfumer called Ernest Beaux, who had worked for the Russian royal family and lived close by in Grasse, the centre of Europe’s perfume industry.

The fresh linens and the smell of the yellow soap used by girls at the orphanage had left an impression on Chanel. She asked Beaux to create a scent that would make "its wearer smell like a woman, and not a rose”.

Just like the fragrance, Chanel’s perfume bottle was as plain and minimalist “as a laboratory vial”. Since the 1920s, it has only been modified eight times.

Up until the first half of the 20th century, fashion houses were not in the business of creating perfumes, but the launch of Chanel No. 5 inspired many. The English House of Worth launched Dans La Nuit in 1922. In France, Jeanne Lanvin launched My Sin in 1925, and Jean Patou launched Joy in 1930.

An iconic brand has five key elements: it is aspirational, with strong visual identity and persona, it is omnipresent throughout society, and consumers feel a personal connection with it. Chanel No. 5 ticks all these boxes.

Such brands transcend simple purchases. Brand charisma has been described as “sophisticated, iconic and magical” - offering consumers a touch of magic simply through owning the item.

It is, of course, not just the power of the brand that makes No. 5 successful, but also the fragrance itself, with floral scents blended over what has been described as a “warm, woody base”.

Have you ever experienced the fragrance of Chanel No. 5 in a crowded shopping centre, or at a party, and immediately thought of someone who wore it? Studies have determined a clear link between smell and emotions and memories

For iconic brands, such as Chanel No. 5, it isn’t just the perfume being sold: it is also the history — a history enhanced by the bittersweet quality of nostalgia in the ways our brains link scent and memory.

Coco Chanel’s focus remained on fashion, running Chanel Couture until her death in 1971. In 1924, she had handed control of the distribution and production of all Chanel cosmetics and fragrances to her business partner, the venture capitalist Pierre Wertheimer.

Wertheimer launched the company’s perfume branch, Les Parfums Chanel in that year. It has created many more scents – but none as enduring or popular as Chanel No. 5.

Chanel and Marilyn Monroe weren’t the only faces of the perfume. Celebrities such as Audrey Tautou and Brad Pitt were paid the promote No.5. In 2004, the brand spent US$33 million on a three-minute ad starring Nicole Kidman and directed by Baz Luhrmann — that’s roughly 300,000 bottles of perfume worth.

Today, the company  Chanel started as a small hat shop is ranked 52 in the world on Forbes’ list of most valuable brands, valued at US$12.8 billion.

Rebekah has an international reputation for research and industry relevance in the field of Social Marketing. She is a leading educator in the field of marketing and is responsible for the development of the award-winning QUTopia role-play simulation.