How generous is your profession (CEO & managing directors)? 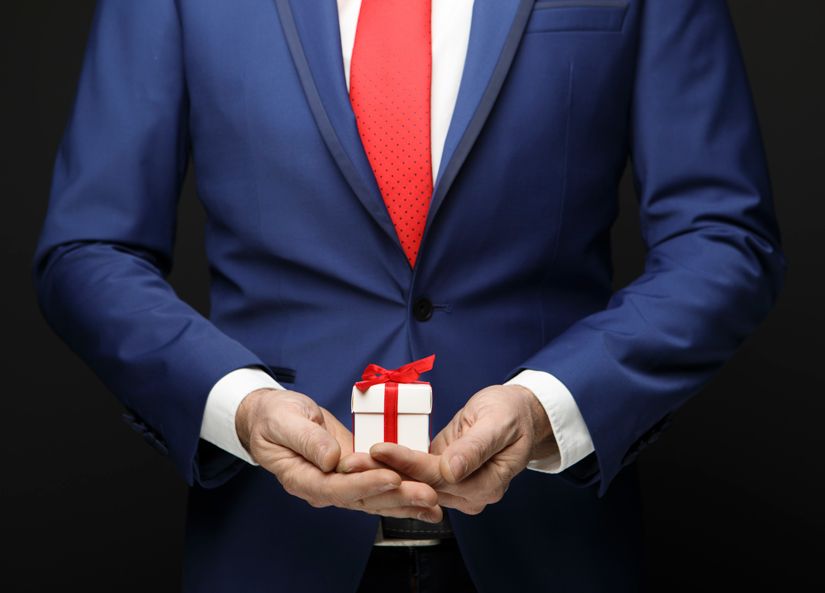 Do you perceive Chief Executive Officers (CEOs) and Managing Directors (MDs) as stingy or generous?

Who keeps the record, and what do we know?

For the past 20 years, QUT’s Australian Centre for Philanthropy and Non-profit Studies (ACPNS) has analysed Australian Taxation Office (ATO) data. This exercise shows the patterns of donations to Deductible Gift Recipient organisations (DGRs), that Australian individual taxpayers make and claim as deductions in their income tax returns. Emeritus Professor Myles McGregor-Lowndes, Marie Balczun and Dr Alexandra Williamson recently analysed the data from the 2017-18 financial year, released by the ATO in August 2020. The consistent and careful analysis by ACPNS over the decades provides unique trend information on the age, gender, state of location and occupation of Australian donors.

Profile of CEOs and manager directors

CEOs and MDs had the third-highest deductible gift as a percentage of taxable income (1.50 per cent), following just behind religious leaders (1.90 per cent), then barristers (1.52 per cent).

What does data suggest?

Chart 1 shows the total amount donated by CEOs and MDs since 2008–09, indicating this amount has steadily increased each year except 2015–16. 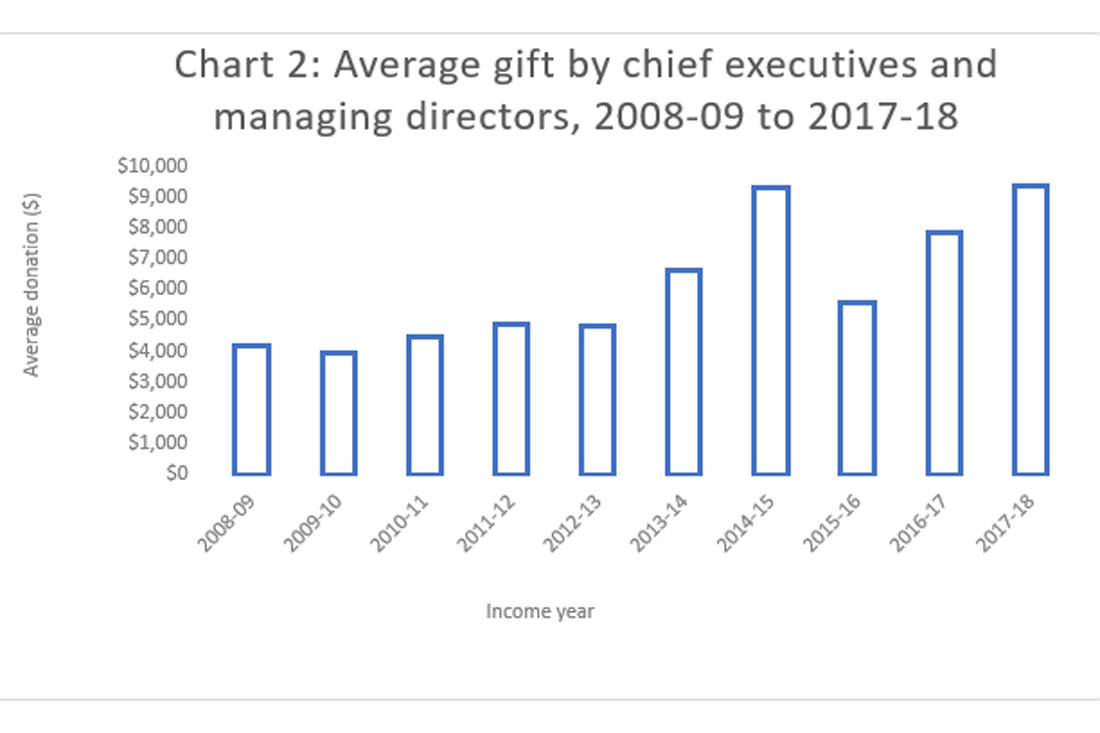 There has been little change in the donations by occupation over the years with CEOs & MDs claiming the highest amount both in total and in the average gift. This occupation has consistently been in the top two for both total amount donated and average donation since 2008–09.