How do you become more resilient in business? 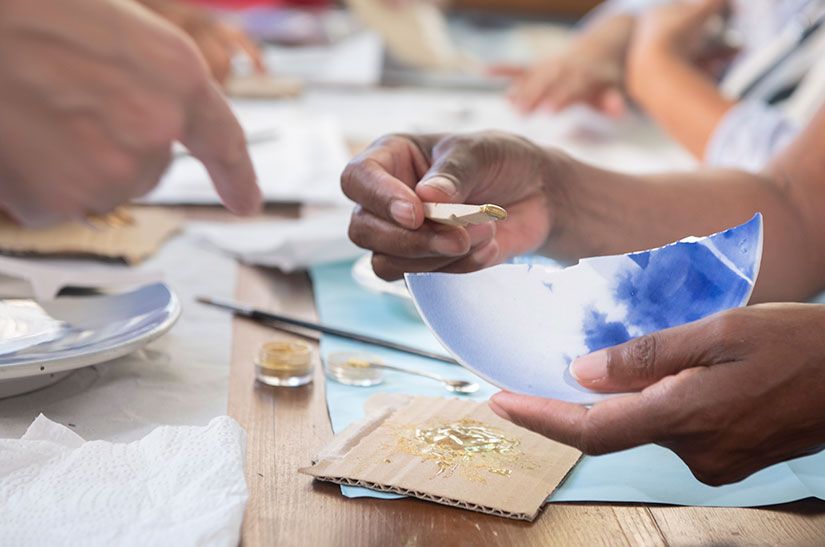 It is often thought that resilient people are born that way.

While this can be the case, resilience is usually based on skillset, toolset and mindset, as opposed to a disposition or personality type that makes it possible for people not only to get through hard times but to thrive during and after them. Having these skills is crucial in today’s work environment.

Showing resilience and continuing to grow through change is represented in the Japanese art form “kintsugi”, which means to repair with precious metals. Today when something is broken, we often discard it. Under the principles of kintsugi, when a ceramic bowl breaks, it is pieced together using gold or silver to bind the broken pieces. Not only is the restored bowl stronger, but it is also more beautiful. Being broken and repaired is part of the bowl’s history and not something to be hidden.

So it is also with people. Being confidently vulnerable with that which has helped us to grow means we are constantly evolving in how we deal with life. The cracks are not plastered over, but rather we embrace that “which is” and move forward stronger.

So how do we attain resilience? One framework, Resilience @ Work, shows seven interconnected elements underpinning resilience. These are:

These are woven into a systemic framework that considers the complexity of resilience in the work context so sustainable work practices can be implemented. Thinking around this internationally adopted Resilience @ Work framework assists in building resilience for both individuals and their workplace.

Resilience is also tied to a long and healthy life. In 2004, award-winning journalist and author, Dan Buettner, teamed up with National Geographic and the world’s best longevity researchers to identify areas around the world where people live measurably longer and better. The result was five “blue zones” – where people typically reach age 100 at rates 10 times greater than in the United States. For example, Sardinia (Italy), Okinawa (Japan), Loma Linda (California), Nicoya Peninsula (Costa Rica) and Icaria (Greece).

Nick Buettner is the Vice President of Blue Zones. When I caught up with Nick and asked him about resilience and healthy aging, he said that in the blue zone pockets around the world, people not only had a sense of purpose but could articulate it whether they were 20 or 100.

“This purpose is their reason to get up in the morning and is a crucial element that helps them get through the tough times, keeping resilient,” Nick said.

“That might be the reason why that, according to research, a strong sense of purpose can add up to seven good years to your life.”

This October, at QUTeX is running a full-day workshop where you can explore your own resilience with the aim of developing a pathway to a healthier life both inside and out of work.