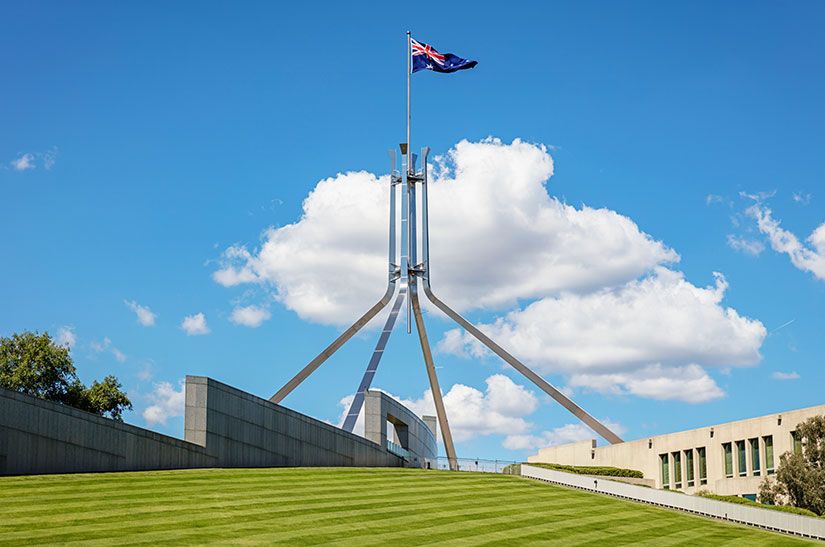 This year, the theme for International Women's Day is Each for Equal, which encourages challenging stereotypes, fighting bias, broadening perceptions, improving situations and celebrating women's achievements. We've asked Ruth McGowan OAM to reflect on what this theme means to her. If an ideal representative democracy is described as ‘government of the people, by the people, for the people’, then it follows that at least half our politicians should be female. However, when you consider men still dominate Australian politics, it's clear that representative democracy is still some way off - even though 117 years ago white women were granted the right to vote (1902) and Aboriginal and Torres Strait Islander people in 1967.

There are still many barriers blocking the road for women to ‘get into politics’. A new QUT initiative, the Pathways to Politics for Women Program, aims to change that with a program focussed on helping women run for office.

Politics by the numbers

Given there are so many opportunities Australia for citizens to run for public office (more than 7400), why are there not more women in politics? Today, if you look at who is occupying the seats in the various parliaments around our nation, you will see a ‘sea of suits’ whereby the typical politician is an older, white male. Observe the 837 parliamentarians currently sitting on the cushioned red and green seats of various federal, state and territory parliamentary chambers. Of these, just over one-third of Australian parliamentarians are women (37%; 309 women). When it comes to Local Government and the 533 councils, the number of women councillors is less, estimated to be around 30%.

Just over one-third of Australian parliamentarians across the country are women. Internationally, when compared to other like-democracies, Australia continues to hover around the level of 50th on the Inter-Parliamentary Union's ranking of women in national parliaments, lagging behind similar parliaments in Africa, Latin America and Europe.

There has been some progress in female representation in recent years.

However, when it comes to parity around women’s representation in politics, we still have far to go.

The 2020 International Women’s Day theme is #EachforEqual, inspiring individual action to advance gender equality. In Queensland, QUT is taking direct action to support women who aspire to politics and wish to step up as leaders.

The Pathways to Politics Program for Women draws on the success of a similar program delivered by Melbourne University, (modelled on the Harvard Kennedy School program ‘From Harvard Square to the Oval Office’). It encourages QUT women graduates and alumni to consider their future career as a political leader, at all levels of government (local, state and national).

Participants hear from current and former politicians as they talk frankly about the benefits of running for public office and the joys and challenges of being an elected representative. Through monthly sessions, participants will have the chance to learn the skills needed to campaign, build a team and manage finances and other topics such as political ethics, media training and speech writing. All the while building their network with other women who share a passion for politics. The only program of its kind in Queensland, the Pathways to Politics program is a gamechanger and will directly address some of the barriers faced by women keen to enter politics.

Don’t get mad; Get Elected

As an alumnus of Melbourne University, I was selected to join their 2017 Pathways program. Several fellows of that program have since gone on to be successfully elected to State and Federal Parliaments.

As a previous local government councillor and Mayor, I understand the reality of what it takes to run for office. I was also the campaign coordinator for the ‘Independent for Indi’ campaigns in 2013 and 2016 for my sister, Cathy McGowan who stood for the federal seat of Indi in Victoria’s North East and was successfully elected as the first independent female MP in Australia’s House of Representatives.

Following my participation in the Pathways to Politics program, I was inspired to share what I had learnt about campaigning future participants in the Pathways programs. So, in 2019 I published Get Elected, the first national campaign guidebook for candidates running for local, state and federal parliaments.

In 2019 I wrote Get Elected, the first national campaign guidebook for candidates running for local, state and federal parliaments. Get Elected includes case studies, tools and tips on how to plan and deliver a successful campaign. It is now a course handbook for the Pathways programs in Queensland and Victoria. If you know a woman who aspires to public office, there are two actions each of us can take for equality. Firstly, encourage her to enrol in the QUT Pathways to Politics program and secondly, gift her a copy of Get Elected to help prepare her.

Gender equality is still a long way off in Australian politics, and there are still many hurdles for women on the road to public office. The Pathways to Politics program is a direct way for QUT to address many of those barriers by providing practical support for women to step up and lead as politicians.

Ruth McGowan OAM is an advocate for more women in politics and as a former Mayor and experienced campaigner she wrote Get Elected to encourage more women to run for office at local, state and federal level. To follow Ruth, see ruthmcgowan.com.