Creating markets for change in Fiji 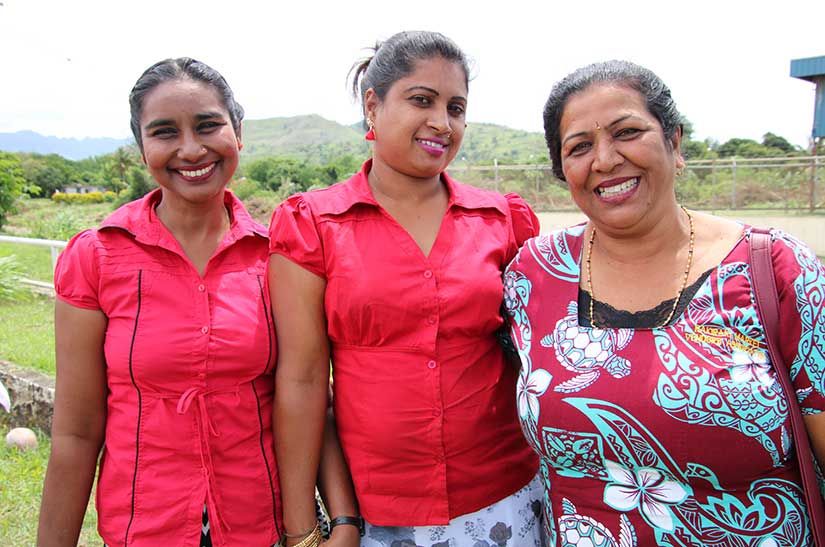 Throughout the Pacific, subsistence farming and the small-scale market sale of independently grown produce is an intrinsic way of life. Largely rural, Pacific populations are heavily reliant on an agrarian lifestyle and it is predominantly women who engage in small-scale farmer’s market operations. In fact, while women are often underrepresented in formal economies, UN Women estimates place the figure of female market vendors, in Pacific nations, between 75% and 90%, and the income generated by their activity is vital for many families.

Markets for Change (M4C) is a UN Women project operating in Fiji, Solomon Islands and Vanuatu. The initiative is aimed at advancing gender equality as well as eliminating violence against women and works to ensure marketplaces become safe, inclusive and non-discriminatory. In addition to reducing the likelihood of produce theft, further strengthening the economic role that women have in their family and community economies and contributing to a reduction in poverty, the M4C project provides a mechanism for women to participate in the decision-making processes that affect them and their livelihoods. This change is achieved through a combination of participatory planning and co-design, gender-sensitive infrastructure, and policy which responds to the threat posed by climate change.

In November, Associate Professor Vicky Browning and I joined board members of UN Women National Committee Australia, staff from the UN Women Multi-Country Office in Suva, and representatives from UN Women National Committees from Europe, Asia and the Americas in Fiji. During the visit, the group had an opportunity to experience firsthand the work being done by UN Women in the Pacific region to support women’s economic empowerment, equality and safety.

A highlight of the group’s time in Fiji was a visit to the Rakiraki markets, located in the northwest of Viti Levu, which are undergoing redevelopment after the devastation caused by Tropical Cyclone Winston in 2016. Redevelopment plans include construction which meets Category 5 cyclone-resilient infrastructure standards. A new permanent market building, located next door to the existing market site, will enable water-sensitive produce to be stored and sold in a dry, safe and clean environment regardless of weather conditions. Importantly, however, since many market vendors are rural women who travel long distances to the market to sell produce, secure accommodation is also part of the market redevelopment plans.

In addition to financing infrastructure improvements, M4C has had a tangible impact on the lives of the market vendors. Through supporting women’s leadership and participation, via training in marketing, financial literacy, communication, and entrepreneurship, M4C is contributing towards improved social and economic security for women market vendors. In addition to personal development, it is imperative these women are represented in marketplace governance structures. To this end, UN Women provides technical and resource support to draft constitutions and complete legal registration processes as well as hold elections and recruit members for market vendors’ associations.

By engaging with members of the Rakiraki market vendors association and listening to their stories, the group was able to hear firsthand the positive effects of change. These included increased sales and representation in market committees as well as the confidence to exercise their voices to ensure their needs were heard and prioritised when it came to allocating market fees to improve economic opportunity, safety and health and wellbeing of market vendors. Similar success stories were shared at Nausori market, located on the outskirts of Suva, where market vendors have experienced improved socio-economic security alongside increased voice, gender-responsive market management and the provision of appropriate marketplace infrastructure and on-site services.

The Markets for Change is a multi-country initiative principally funded by the Australian Government and implemented in partnership with UNDP and UN Women. UN Women National Committee (NC) Australia raises funds for and awareness of UN Women’s work in the Pacific and around the world. The QUT Business School has been UN Women NC Australia’s Queensland education partner since 2014, and expanded its partnership to include the ACT from 2018.

To become a UN Women National Committee Australia corporate partner or to financially support the work of UN Women around the world, visit their website.