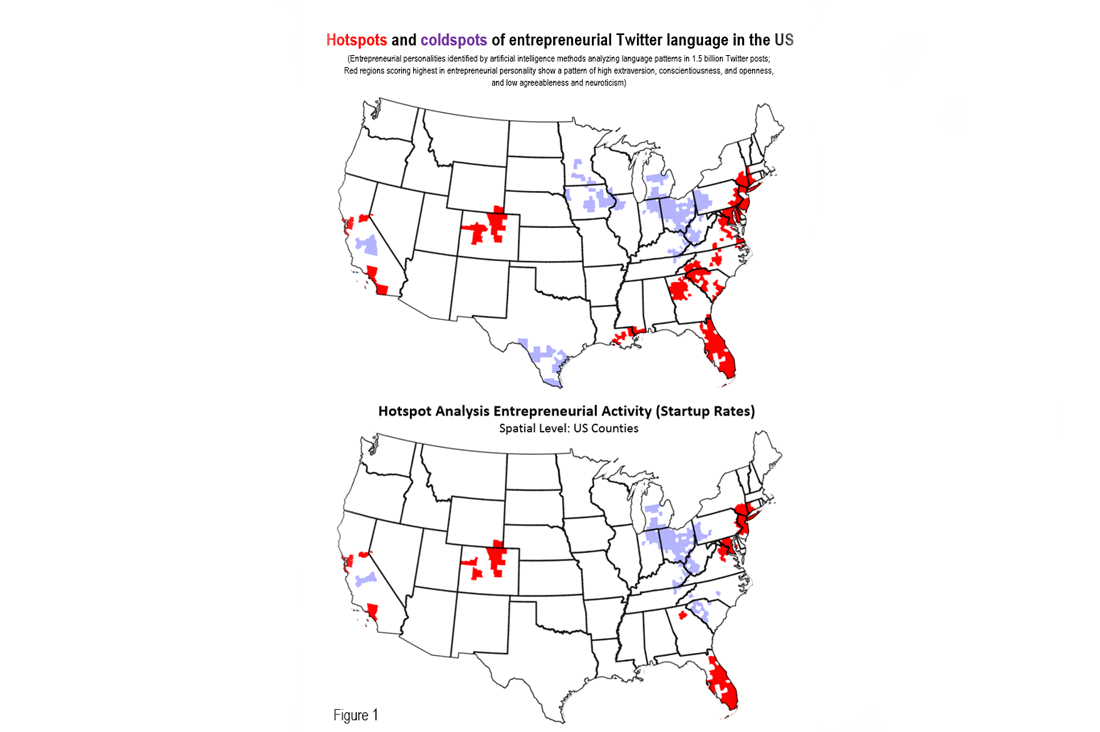 These results can inform research and practice interested in an AI- and big data-driven approach to entrepreneurial hotspots and ecosystems, where the focus is not only on “hard” infrastructure factors conducive to a startup culture, but also on people, their mindsets and the local psychological culture.