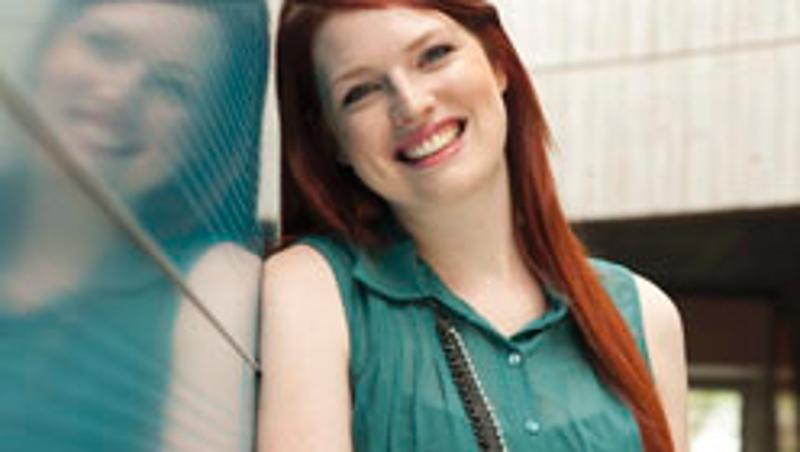 Deanna Hood has the world at her feet and she wants to better it.

At age 20 she is a TED Worldwide Talent Search finalist; has helped design life-changing technologies; and completed a double degree in maths and electrical engineering at QUT with a near-perfect grade point average, earning her a university medal.

In three weeks Ms Hood will move to Europe to start an Erasmus Mundus European Master of Computer Vision and Robotics, one of seven scholarships offered internationally to non-European residents.

Ms Hood is among few Australians to win the two-year scholarship, worth about AU$60,000, which will allow her to study in France, Spain and Scotland as part of the degree.

"It was a fluke for me that I chose to study engineering and that's part of the reason why I try really hard to get its name out there," Ms Hood said.

"For me, I have always enjoyed science and technology but it's the practical application and the fact that you can work on projects that can change the world that attracts me to engineering."

Ms Hood was president of QUT's Women in Engineering Club and in 2010 founded the Big Sister - Little Sister program, a group-based peer mentoring program which now provides support to more than 70 per cent of first-year women engineering students.

"There are more women in engineering than there were years ago but there's still heaps of room for improvement - it's clearly not an ability thing as in other countries women outnumber men in some engineering disciplines," she said.

"If we can tell people and girls in particular that they can make a difference through technology and science we can engage them in the future.

"I think a lot of girls go into professions such as nursing, teaching and social work because they like to help people. For me, as an engineer I can still have that satisfying feeling of making a difference while getting my fix of science and maths."

Her TED talk, called My Apollo 13 moment in disease diagnosis, earned a place in the TED2013 world talent search final. Votes are open until the end of August and Ms Hood could be among 20 people selected to speak at the annual TED conference in California next year.

The work, continuing at QUT, could help people who are paralysed 'drive' a car using EEG electrode technology. Ms Hood said the research opened her eyes to the potential of engineering.

"That's when I realised that a person in any discipline, not limited to those traditionally associated with humanitarianism, can work towards improving the lives of others," she said.

Reflecting on her achievements at a young age, Ms Hood was modest.

"I just worked hard instinctively. I guess because of that my age has never been an unsurmountable barrier for me."