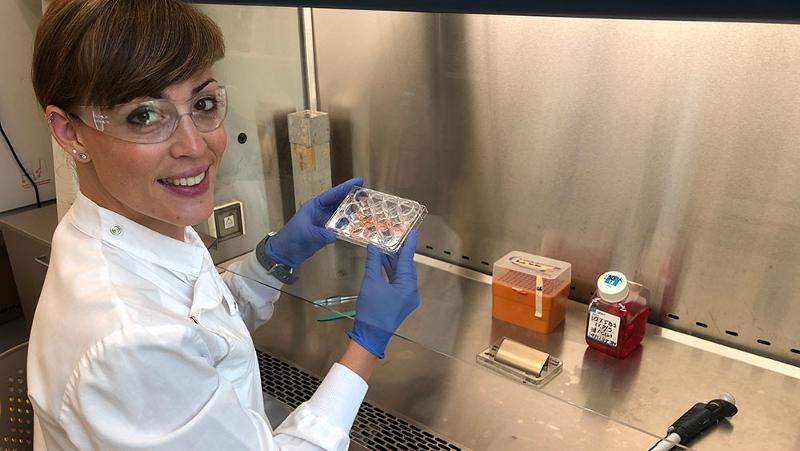 Dr Nathalie Bock is a finalist in the Australian Museum Eureka Prize in the Outstanding Early Career Researcher for her large body of work on 3D bioengineered human platforms which better mimic the natural human tissue microenvironment for cancer research.

She is an Advance Queensland Industry Research Fellow at QUT, based in the Translational Research Institute (TRI) and has been an NHMRC Peter Doherty Early Career Research Fellow with the Australian Prostate Cancer Research Centre at TRI for the past five years.

Dr Bock’s primary focus is bone metastasis from breast and prostate cancers which lead to disability and high mortality in these two common cancers.

Her research aims to translate the miniature bone-like 3D tissues models into preclinical diagnostic tools to be used with patient-derived tumour cells for basic and translational research for assessing drug responses and to guide personalised therapy.

“We have developed ‘miniature bone tumours in a dish’ that enable the study of these conditions in depth,” Dr Bock said.

“While cell culture in 2D is still the gold standard in cancer research, it does not recreate the complexity of ‘real’ 3D tissue microenvironments and can give misleading results in the identification of effective new drug therapies.

“The in vitro 3D models we have developed use advanced tissue engineering technologies that combine a patient’s cells and scaffolding biomaterials to replace traditional 2D models.

“The innovation of this model lies in the fact that it shows improved similarity to bone compared to 2D cultures and is believed to be the first to form the key bone cells, human primary osteocytes, which are very difficult to culture in 3D or even 2D.” 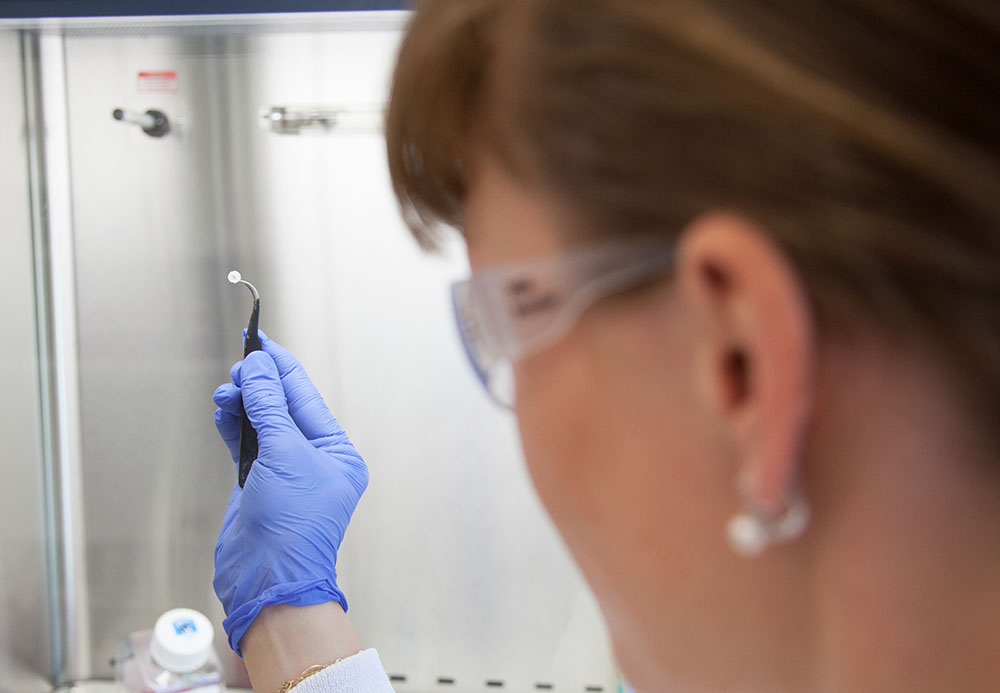 In total, Dr Bock has been awarded 10 grants as a lead investigator. She has received numerous awards and accolades from national and international institutions, including a meeting with Nobel laureates, a medal from the Australian Society for Medical Research and being a finalist in the prestigious L’Oréal Women in Science Fellowship.

She has 33 publications including two book chapters, 17 journal articles, three journal reviews, 12 conference papers which have generated more than 1144 citations in leading journals including Bone Research, Biomaterials, Frontiers in Bioengineering and Biotechnology and Progress in Polymer Science.

Dr Bock has received awards from conferences including being the poster winner at a Nature conference last year and has received more than 10 invitations to present her work.

She has a strong commitment and passion for promoting science within the wider community by engaging regularly with events such as the World Science Festival.

“As a dedicated scientist, I value science education highly and hope to be an inspiration and mentor for young children and young women contemplating STEM disciplines,” Dr Bock said.

The 2020 AM Eureka Prizes Award Ceremony will take place on the evening of Tuesday 24 November 2020.