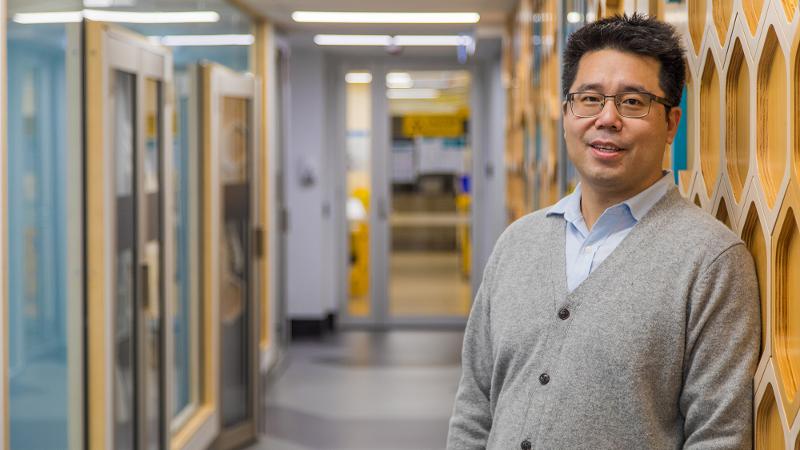 Researchers have made a discovery on how to control the way electric charges spin on a diamond’s surface that could pave the way for a new type of diamond-powered energy efficient electronic devices.

Dr Dongchen Qi, from the QUT Centre for Materials Science, and Professor Chris Pakes of La Trobe University led a multi-institution research team that set out to find a coating that could turn diamonds, which are naturally an insulator, into a material able to carry electric current.

The team found a type of metal oxide (molybdenum trioxide) could be put on synthetic diamonds in a layer that is just a few atoms thick to transform diamonds into an electrical conductor.

Dr Qi said the discovery was the latest step forward in a few decades of research as scientists explore the role diamonds could play in the electronics industry as silicon chips continue to push limits as they shrink in size and the laws of quantum physics, which is the study of how atomic and subatomic particles interact, comes into play.

“As Moore’s law says, the number of transistors on a microchip will double ever two years. But as silicon chips continue to get smaller they are reaching a point where they are at the limit of physical properties and start to experience the weirdness of the quantum world and we need to find an alternative,” Dr Qi said.

“In many ways, diamond is the ideal alternative to silicon – it is more energy efficient than silicon, it can tolerate higher voltages and more extreme conditions, and electronic charges can move faster through them.”

Dr Qi said the experiment with the metal oxide layer was part of his more than a decade of research into the area of how diamonds might be used instead of silicon chips in applications such as satellites, radar and high-power applications.

The research team took a piece of synthetic diamond and transformed it with the ultrathin layer of metal oxide that effectively suck electrons from the surface of the diamond and into the oxide.

Dr Qi said the process of ejecting the electrons from the diamond’s surface left “holes” in the carbon atoms, which were the electronic vacancies that remained on the surface of the atom after electrons had been removed.

Because of the missing of negatively charged electrons, the surface of diamond became capable of carrying a current of positively-charged holes.

The findings of the use of a metal oxide layer on diamonds were recently published in Applied Surface Science.

Dr Qi said in researching the application of the metal oxide on diamond, they discovered a phenomenon in diamonds that could have implications for future electronic devices.

The discovery, which the research team have published in the August issue of the journal Carbon, comes in the field of spintronics.

In conventional electronics, electrons flow through a conductive material to form a current. Spintronics relies on a process in which the way charged particles (such as electrons and holes) spin, like tiny spinning tops, and can be manipulated and detected to transport information.

Dr Qi said the positively charged holes that are induced to the surface of the diamond as a result of the metal oxide coating produced an effect called spin-orbiting coupling.

Spin-orbiting coupling, a property of spintronics, happens when the spin of an atomic particle interacts with the particle’s motion.

“Spin-orbit coupling usually happens in heavy-element materials but carbon, which makes up diamond, is such a light element that the effect should have been small,” Dr Qi said.

Dr Kaijian Xing, of La Trobe University, the lead author of the study who performed some key measurements at the University of Melbourne, said: “The confinement of hole charges to the diamond surface by metal oxide induced this phenomenon and gave rise to the strongest spin-orbit coupling effect ever observed in diamond.”

Dr Qi said controlling the spin of charge carriers was at the heart of a spintronics technology that would enable faster and more energy-efficient electronic devices, such as smart phones and computers.

“A stronger spin-orbit coupling in diamond means we can control the spins of holes more easily with an electric field, which has also been recently demonstrated by us in a paper published in Applied Physics Letters,” Dr Qi said.

“That would allow us to fabricate energy efficient spintronic devices using diamond. That’s perhaps much further away from real applications but is fascinating from a fundamental physics point of view.”