Ostrikov honoured for his pioneering physics in plasma nanoscience 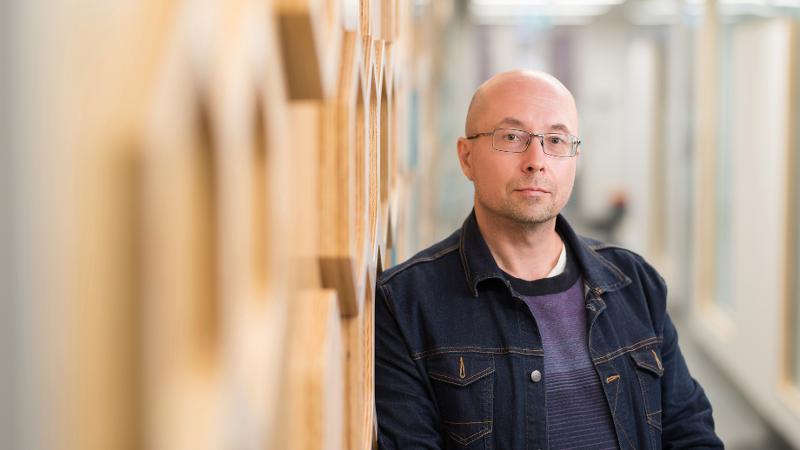 V.N. Karazin Kharkiv National University - one of Ukraine’s oldest and top universities - conferred to Professor Ostrikov the title of Doctor Honoris Causa, an honorific award in recognition of his world-leading achievements in nanotechnology and plasma physics.

He develops plasma processes that change the way nanomaterials form and have resulted in superior material properties such as the vertical alignment of carbon nanotubes, which improve the performance of technologies ranging from nanoelectronics to drug delivery systems.

His approaches for the control of energy and matter at the nanoscale have translated into a range of thermal, chemical, radiative and other processes.

“Recent insights into plasma and plasma-made nanostructure conversions of energy and matter have led to many applications including solar-thermal water purification and microbial sterilisation, to mention just a few” said Professor Ostrikov, a Chief Investigator with the QUT Centre for Materials Science, and member of the QUT School for Chemistry and Physics.

Professor Ostrikov is a highly ranked researcher. He has published more than 700 research books and refereed journal articles, has over 21,800 citations and a H-Index of 74.

He has won seven international fellowships, including those from the Alexander von Humboldt Foundation and Australian Research Council, and holds a dozen professorships delivering expertise in plasma and materials science across four continents.

Professor Ostrikov is the winner of prestigious physics medals, including the Pawsey Medal and Walter Boas Medal. He was also recently elected a Foreign Fellow to the prestigious Academy of Europe and European Academy of Sciences.

He is a founding Chief Investigator of the QUT Centre for Materials Sciences, which drives research and innovation of soft matter materials, hard condensed matter materials, computation, prediction and modelling, and analytical technique development.

Professor Ostrikov strives to develop early career researchers in these and other fields and has mentored and supported more than 70 postdoctoral and more senior researchers to date.

As an educator, Professor Ostrikov has trained more than 100 undergraduate and postgraduate students, many going on to leadership positions across research, government and industry sectors, with some already holding professorial positions and leading their own groups.

He highlighted the importance of university focus on mathematics, physics and technology, and the honour of his recognition by an institution with such dedication to these fields.

“The physics students enjoy over 500 contact hours in each of the physics and mathematics subjects over their undergraduate years, and obtain in-depth fundamental knowledge needed for future diverse careers in academy, industry and government sectors.”

At different times titles of Kharkiv National University the awards of Doctor Honoris Causa were bestowed on outstanding scholars and public figures of many countries, including J.W. Goethe and A. Humboldt, I. Franko and L. Tolstoy, P. Semenov-Tyanshanskiy, as well as prominent corporate and country leaders such as the first President of Ukraine, Mykhailo Hrushevskyi.