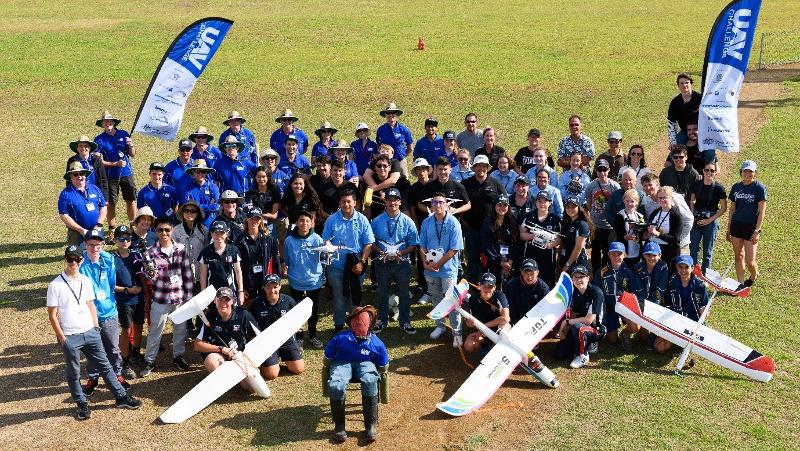 QUT was recently recognised for its role in contributing to aerospace innovation, and advocating for progress in the unmanned aerial vehicle (UAV) sector, in honour of the late Professor Rod Walker.

QUT and CSIRO were announced joint winners of the Australian Association for Unmanned Systems (AAUS)’s 2020 Industry Champion Leadership Award for advocating to improve the commercial and technical viability of the unmanned system industry.

The award recognised QUT UAV experts Professor Jonathan Roberts and Andrew Keir for their contribution to the UAV Challenge, a competition that challenges both high school students and other enthusiastic contenders to hone their skills and push the boundaries of aerospace innovation.

First held in 2007, the UAV Challenge is now known on a global scale, has involved international competitors from over 40 countries, and has served as a model for similar competitions.

“The UAV Challenge is a testament to the foresight of the late Professor Rod Walker from QUT, who along with Jonathan Roberts and George Curran, had the vision to address the technical, regulatory, societal and economic barriers that were inhibiting a mainstream commercial UAV industry.”

“What is commonplace today wouldn’t have been possible without the developments that the UAV Challenge has inspired,” Andrew said.

The UAV Challenge is co-organised by QUT and CSIRO Data 61, with the support and sponsorship of numerous individuals and companies including the Queensland Government and Boeing who have sponsored the event since its inception.