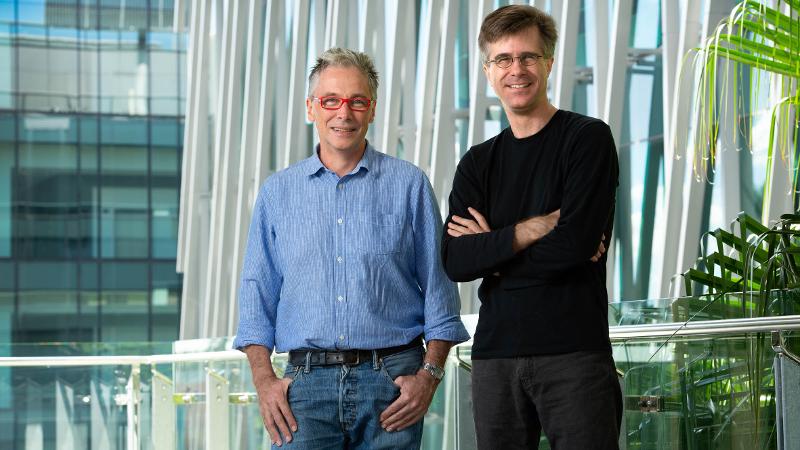 QUT researchers Distinguished Professor Peter Corke and Professor Christopher Barner-Kowollik have joined the ranks of the nation’s top scientists as newly elected Fellows of the Australian Academy of Science.

Professor Corke, roboticist and director of the QUT-based Australian Centre for Robotic Vision, and macromolecular chemist and Australian Research Council Laureate Fellow Professor Barner-Kowollik, both from the Science and Engineering Faculty, are among 22 scientists recognised by the Academy this year for significant and lasting impacts made in their respective fields.

Academy President Professor John Shine said what stands out among all the new Fellows this year is “the collective impact of their science on an international scale”.

Professor Corke has been recognised for his world-leading achievements in equipping robots with the ability to see.

His research has defined and advanced the field of robotic vision and he has pioneered the practical use of his research in aerial, marine and land robotic systems for a diverse range of applications, including mining and environmental monitoring.

His substantial robotics knowledge has been made widely accessible through popular textbooks, open online courses and the innovative QUT Robot Academy, which recently marked its second anniversary. 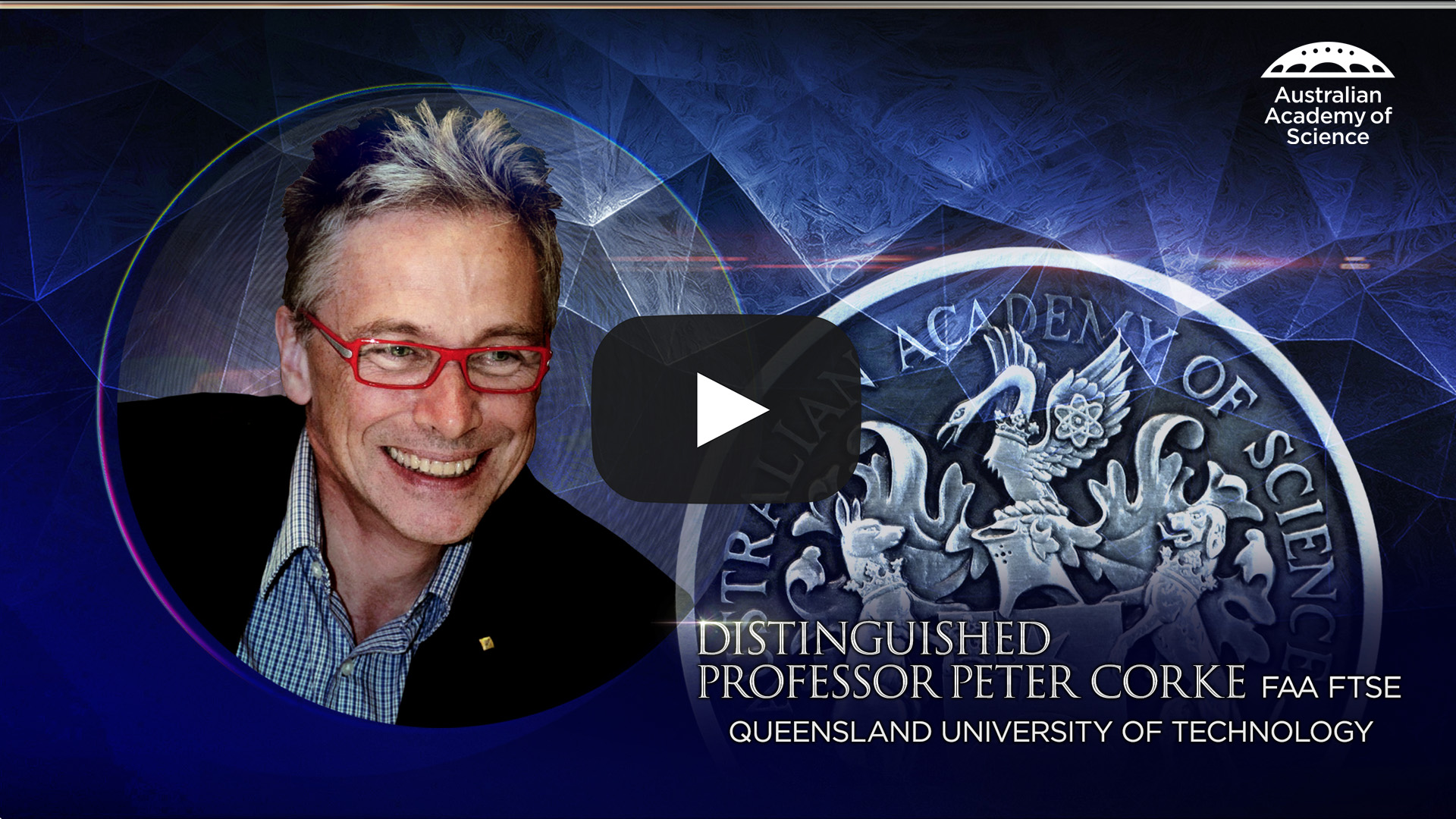 Professor Barner-Kowollik is a world-leading soft matter nanotechnologist, working on complex polymer reactions and harnessing the power of light to control and program the shape of materials.

His pioneering work includes the precision use of light for soft matter material design with applications ranging from dental to lightweight materials, the development of new generations of photoresists for 3D laser lithography as well as advanced polymer analytical protocols based on mass spectrometry. 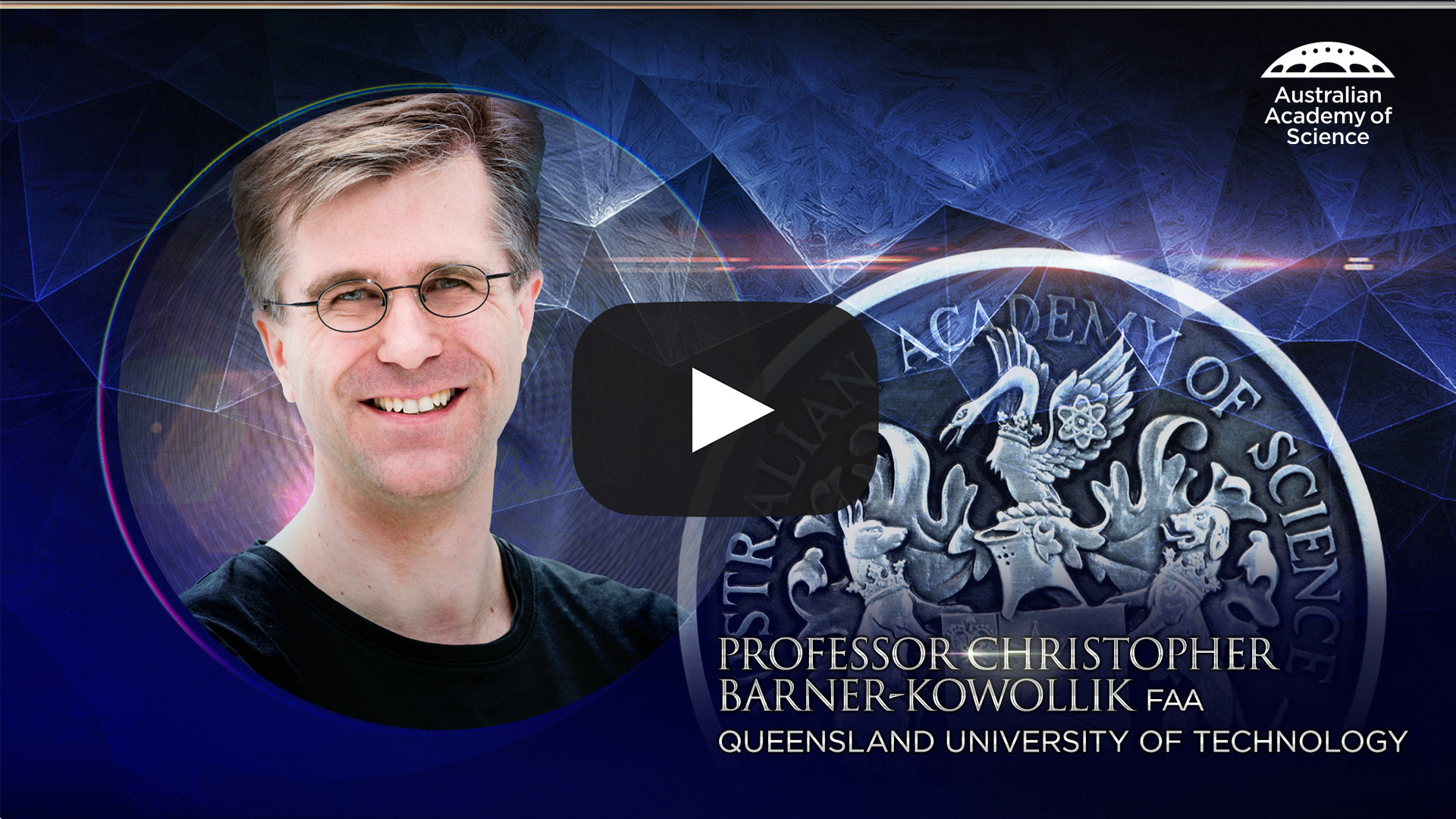 Professor Corke and Professor Barner-Kowollik said they were honoured to be named Academy Fellows.

“It is amazing to be asked to part of such a celebrated Academy,” Professor Corke said.

“I’ve done a lot of work in the area of developing robotic hand-eye coordination and it is exciting to be able to put a capability into a robot that no one else has, but advancing robotics to build machines that are as capable and competent as we want them to be is very much a global effort.

“There are people around the world working on all aspects of the robot system simultaneously, on hands, on fingertips and tactile perception, on legs and feet.

“To be part of this group building a body of work and knowledge is incredibly rewarding.” Professor Barner-Kowollik, who chose to study chemistry at university ahead of his other love, history, said as an Academy Fellow he felt an obligation to “increase our efforts to ensure Australia remains a leading nation in science”.

“It is humbling and an honour to be among the most outstanding scientists of the nation,” he said.

“In science, when you make a discovery you usually stand on the shoulders of giants. You build on what has been achieved over the past 100 years and add your own steps towards understanding nature and making the world a better place.

“It is very satisfying when you pioneer something new and make discoveries that impact people’s lives, but working in a team of inspiring scientists is what is truly rewarding.” The new Academy Fellows will be formally admitted at a ceremony at the Science at the Shine Dome 2019 symposium in Canberra tomorrow, Tuesday May 28, and will present their work in seminars on Wednesday.