When rivers stop flowing, do we stop caring? 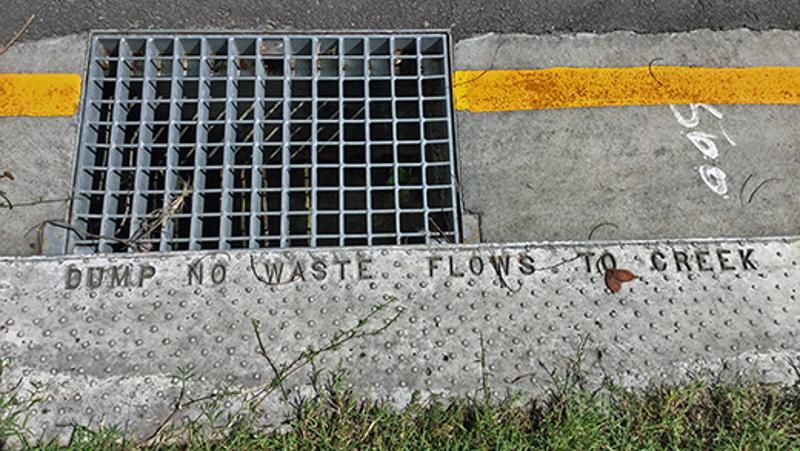 Despite the prevalence and unique biodiversity of temporary rivers, these are among the most understudied and under-protected in the world.

More than 50 per cent of the world’s rivers are ‘temporary rivers’ – on every continent, many ecosystems from small headwaters to large lowland rivers sometimes stop flowing.

Surface waters can isolate into pools or may disappear completely, leaving a dry bed. This can happen naturally in response to climate and geology, or increasingly due to human activities.

However, when waters start running, whatever was tossed onto the dry bed will flow downstream into bigger rivers and likely make its way into the ocean – just like trash through a stormwater drain.

We are familiar with perennial rivers which always flow, but do we care less about the part-timers?

Despite the ecological importance of temporary rivers, the research was one of only two empirical studies available on attitudes towards temporary versus perennial rivers.

The researchers surveyed university students enrolled in undergraduate degrees in Australia, UK and USA at the start and end of courses in environmental education.

“The good news is that attitudes towards these rivers improved after students finished courses of environmental education, even when those courses weren’t about rivers,” she said.

This finding is important, because students’ attitudes towards rivers could affect their future work in environmental science and management.

The study also suggested that general education about the environment, if provided to the wider community, may improve attitudes towards temporary rivers and provide impetus to support protection and management.

“Temporary rivers contribute to local and global biodiversity and play important roles in our environment, even when they’re not flowing,” Dr Leigh said.

“They help to regulate climate, to filter, process and store materials, and they provide habitat for aquatic and terrestrial life.”

Attitudinal impact on protection and management

“When plastic and other rubbish on the streets and in the environment makes its way into streams and rivers by direct dumping or wind, that rubbish and the water that carries it can end up in our oceans,” Dr Leigh said.

“A dry creek might look at the time an unlikely candidate for a ‘downstream rubbish transporter’, but temporary rivers do flow sometimes, and this can happen very suddenly, especially during big downpours.”

“Most of the rivers in Australia are temporary, so they are an integral part of our water resources physically, chemically, biologically and ecologically.

“For example, here in the south-east Queensland region of Australia, once you get about 20 km from the coast, any river or stream you encounter is likely to be temporary. Even the Brisbane River, which supports Australia’s third-largest city, is temporary in its upper reaches.

“When we think of rivers, we tend to think of water. Temporary rivers don’t always have water in them, so this can make them a bit harder to notice at times, and people might not think about them as much as rivers that flow all year round.

“So it might at first seem odd to learn about dry riverbeds, isolated waters, and even land-based plants and animals when learning about rivers.

“This is something we need to change.”

The research paper ‘Are all rivers equal? The role of education in attitudes towards temporary and perennial rivers’, was published People and Nature on 11 April 2019. DOI: 10.1002/pan3.22

Dr Catherine Leigh is a quantitative community ecologist, scientific communicator and teacher, with a research focus on rivers and reservoirs. Her work seeks to understand ecological responses to natural and human-induced changes in the environment and to find innovative solutions to real world environmental problems.