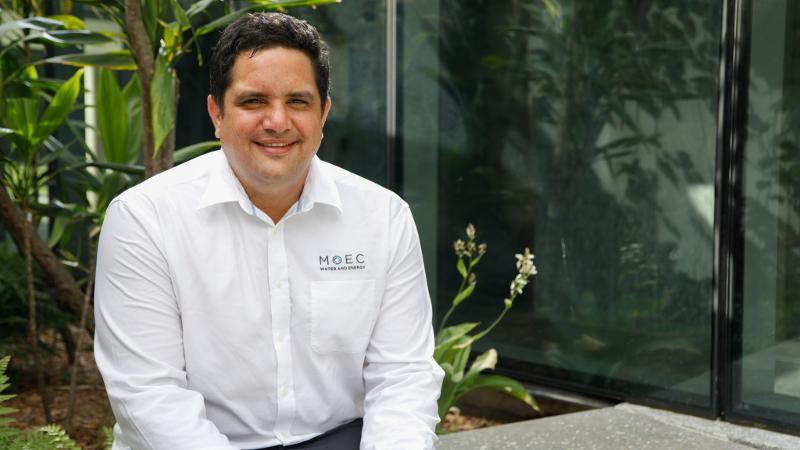 Descending from the Mithaka people in Channel Country in western Queensland, James’ achievements have won his company, MOEC, industry recognition and a major contract with Shell.

MOEC is a specialty pipeline construction and services contractor in the water, mining and gas industries, co-founded by James.

Aboriginal Enterprises in Mining, Energy & Exploration (AEMEE) is a not-for-profit organisation that develops and connects Indigenous businesses with business opportunities.

The organisation recently recognised MOEC with the AEMEE 2018 New Indigenous Business of the Year Award.

The award is significant to James because he shares AEMEE’s vision of increasing Indigenous employment opportunities to remove the welfare dependency that's happening in some communities.

Being a certified professional Indigenous business is also important for James.

“Traditionally, many Indigenous Australians worked with cattle and horses. My uncles and grandfather worked as stockmen. My grandfather even made it to the Stockman’s Hall of Fame after being part of Australia’s first rodeo in South Australia.”

James said, current times, having employment opportunities in the water, mining and gas industries will have the most impact for Indigenous Australians, who already make up about a third of employees.

The contract has allowed the business to expand and MOEC now has a head office in Brisbane and a regional office in Chinchilla, Queensland.

James and Ryan went to primary school together, reconnecting years later while they were both studying at university in North Queensland.

Ryan completed his degree there while James put his course on hold and moved to Brisbane to work in construction.

He then chose to complete his engineering degree at QUT.

James and Ryan started project-managing jobs around Queensland while James was still studying, and by the time he graduated in 2016 MOEC was up and running.

James was the first in his family to go to university, and said he noticed an increasing number of Indigenous students attending university during his studies.

“It’s great to see. My younger cousins have been encouraged to study and are now applying to go to uni as well.”

James gives credit to the QUT Oodgeroo Unit, QUT’s Aboriginal and Torres Strait Islander student support centre, for their encouragement and connection to community throughout his studies. Find out more about QUT's Oodgeroo Unit.

Visit MOEC's website to find out more about the services they offer in the water, mining and gas industries.