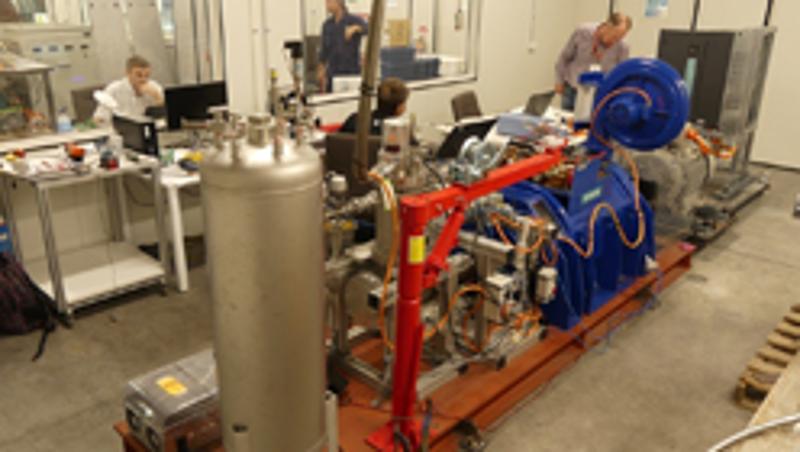 New Siemens equipment has been installed at QUT’s Banyo Pilot Plant Precinct research facility for the dynamic testing of a HTS1 superconducting motor in simulated maritime environment conditions. The installation follows the unveiling of prototype high-temperature superconductors at the research facility in 2015, as part of a landmark research agreement between German engineering giant Siemens, QUT and the Australian Government’s Defence Science and Technology Group.

The superconductor technology enables dense currents to be carried with virtually no energy loss and could reduce the size and weight of conventional motors by more than 30 per cent.

Led by QUT's Dr Richard Taylor, the research is examining high-temperature superconducting, which is a specific topic of interest to Siemens and DST Group as they plan for future growth in the Australian Navy. The long-term goal is to evaluate a superconducting propulsion unit on an Australian navy surface vessel in 2020.

The 5 year agreement includes an initial investment of approximately AUD$2.5 million, and shows the critical link between research, private sector and government collaboration. Regular relationship management meetings are scheduled to take place four times a year for progress updates. One of the more recent meetings was held in November 2016 at the Banyo Pilot Plant Precinct, which was attended by representatives from Siemens Australia and Germany, DST Group and QUT researchers.