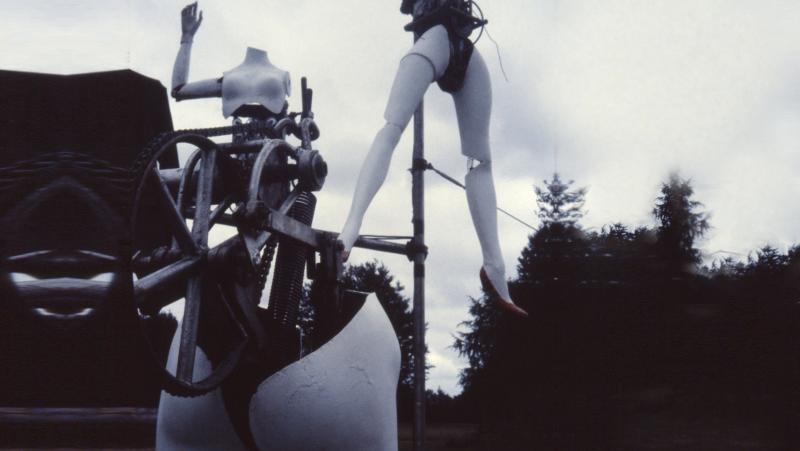 Whiting is renowned for his playful and sometimes unsettling sculptural installation works. He has a particular obsession with legs with earlier versions of Catwalk Woman appearing in the award winning video clip of Herbie Hancocks 1983 hit single Rockit directed by Godley and Creme.

Catwalk Woman is a figurative robotic construction which simulates a graceful walking motion within a circular path, with the aim to achieve an elegant gait. The mechanism enables the figure to move forwards solely through the action of its high-heeled shoes on the floor.

Catwalk Womanis the most recent of several robotic figures built on the principle of a torso walking in a circle using its feet to provide traction. The first miniature version of a walking figure by the artist appeared as part of the 'Naughty Dollies' group, completed in 1973. Walking Woman became part of the 'Purgatory' group of robotic figures which the artist initially toured around the UK with the Cabaret Mechanical Theatre. Later, those figures were taken on many tours around Europe and once to the USA.