Can robots see the future?

Developing robots that understand what they see is the key to an array of emerging applications in robotics and automation. However vision is a complex process requiring rapid and continuous feedback for control.

Robotics is a transformative technology with potential applications across a range of industries, including manufacturing, agriculture and construction. Automation can transform these industries, but only if it can perform complex interactive tasks in unstructured environments.

We're working toward developing robots that perceive their environment: that sense, understand and learn in order to improve performance over time. Robots with visual perception - that can see and respond as humans do - will have the potential to increase productivity in industries critical to Australia’s economy. 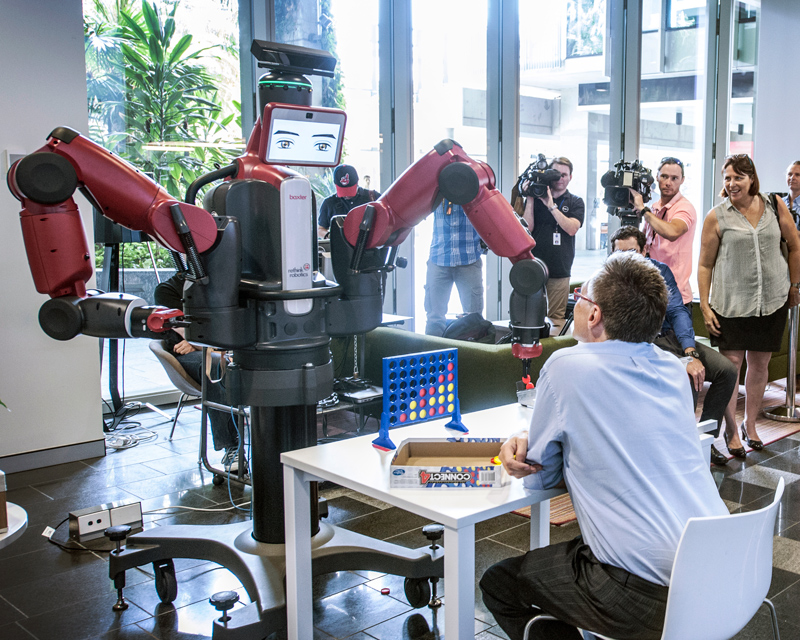 The Australian Centre for Robotic Vision is navigating the challenge of applying robotics in the real world.

The centre hosts an interdisciplinary research team, with researchers from QUT working alongside specialists from other world-leading universities and research organisations including:

Already, the centre has created:

Coral experts have scaled up their advanced technological approach to restoring baby corals on damaged areas of the Great Barrier Reef, using large inflatable ‘coral nurseries’ to help grow coral babies and a robotic ‘LarvalBoat’ to help disperse them back onto damaged sections of reef. QUT’s Robotics and Autonomous Systems research focuses on the development of technology that can be used to improve our understanding and management of the world around us and will benefit humanity.